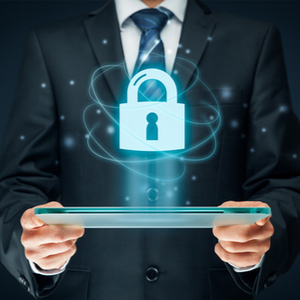 The University of Maryland, Baltimore County won the 2017 National Collegiate Cyber Defense Competition held in San Antonio, beating other U.S. university teams, including challenger Rochester Institute of Technology. Each team was scored on their ability to defend point-of-sale, inventory, and web network infrastructures from in-house hackers. The networks mirrored systems currently used in the private sector, so in addition to bragging rights, the Maryland students won the attention of corporate recruiters looking for just their expertise.

That likely will translate into hard job offers backed by lots of cash due to market demand. According to a report by Cybersecurity Ventures, the number of unfilled cybersecurity roles is expected to rise from 1 million in 2016 to 3.5 million by 2021. Demand for cybersecurity professionals will continue to grow – particularly in India and the U.S. – in part because cybercrime damages are expected to reach $6 trillion by 2021.

Maryland is gearing up for the challenge. It’s tech workers already make almost twice as much as other employees, according to a CompTIA report. The average salary for the state’s 182,500 tech workers, it noted, is more than $107,000, which is 87% higher than the average employee. Part of the reason for the higher salaries is the fact that Maryland attracts talent from the D.C. metro’s government employee pool; government tech specialists commonly have more experience defending from cyber hacks than the average tech worker in the private sector.

Maryland Governor Larry Hogan intends to keep those startup biotech and cybersecurity companies in Maryland, too. He recently announced the creation of Excel Maryland, headed by a group of cybersecurity and life science CEOs who have been asked to find ways to help grow those industries in Maryland. The governor may have growing competition in California, where private enterprise is taking advantage of another group that is “hot” with cybersecurity firms right now — military veterans with intelligence gathering experience. Cybersecurity programs for veterans now exist at IBM, PwC, and other large enterprises.

And cybersecurity continues to top Homeland Security’s list of threats, too, as reported last month. In an example of trickle-down economic concerns, the FDA and the medtech industry are hiring cybersecurity experts and initiating information-sharing practices to align defenses against potential hacking attacks targeting medical devices. An early result: Abbott Labs recently was put on notice by the FDA that it could face formal action if it didn’t immediately decide how to remedy a design flaw which potentially would allow hackers to change settings and drain batteries in some of its medical devices. Expect many more such warnings in the near future.

Cyberthreats across all industries have, in fact, become so commonplace in the American culture that the Girl Scouts have added a cybersecurity badge to its 2018 collection. The cybersecurity badge will launch in partnership with security firm Palo Alto Networks and will become available to participants in kindergarten through 12th grade over the next two years. Younger Girl Scouts will earn the badge for projects concerning data privacy, cyberbullying and/or protecting themselves online. Older girls will learn how to code, become ethical “white hat” hackers, and/or work with firewalls, [former rocket scientist] CEO Sylvia Acevedo said.

Check back in August for more cybersecurity news … if you haven’t been hacked by then.

Abandoning the traditional work desk
The surprising way you might connect with scammers: LinkedIn