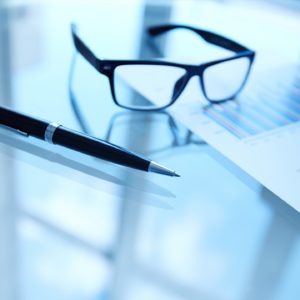 And the surveys say … What’s trending in business research

Here are some interesting research findings and the significance they have for the business community:

Considering downsizing? Read this first. According to Harvard Business Review, downsizing significantly increases a company’s likelihood of a later bankruptcy filing. Harvard led a team of researchers from Auburn University, Baylor University, and the University of Tennessee, Chattanooga to study the effects of downsizing. The research summary suggested downsizing firms lose valuable knowledge when employees exit; remaining employees struggle to manage increased workloads, leaving little time to learn new skills; and remaining employees lose trust in management, resulting in less engagement and loyalty. Bottom line? Downsized firms were twice as likely to later declare bankruptcy as were those who held the line on layoffs or firings during tough times.

Gratitude can lower workplace stress. Martin Seligman, a University of Pennsylvania professor known as “the father of positive psychology”, performed experiments to link gratitude and other positive emotions to happiness, which in turn alleviated stress. In one experiment, participants were asked to write down three good things that happened each day for a week. Six months later, they were still happier and less depressed than when they started out. One takeaway is to start staff meetings with a positive review of what went right since the last meeting – to connect the dots as to how every employee contributed to helping customers find solutions to problems, or helped reach sales goals or improved customer service satisfaction. (Check out this Ted Talk for more of Seligman’s work).

Debt Management: Getting past temptation. A study made available in April, to be published in August, reveals that financial literacy alone won’t guarantee debt management success. To bring about long-term behavior change, both cognitive and emotional responses to temptation must be considered and strengthened. An important point: emotional triggers still very much influence consumer spending patterns.

Image authenticity matters. Marketers, here’s another one for you. San Diego State University researchers have completed a study which will be published in the Journal of Business Research in August 2017. Researchers Erlinda Cornelis and Paula Peter conducted three experiments to determine the advertising effectiveness of touched-up versus non-touched up images, with the latter accompanied by a disclaimer saying the photo was shown as taken. The results: a no re-touch disclaimer is more effective than offering a re-touched image. However, when shown a photo and a copy of the photo with retouched, the evaluation of the woman model improved with the retouched photo. The disclaimer itself seems to have inherent value, so announce to customers if you use an image strong enough to merit no touchup!

How to rebuild broken trust. Here’s crisis management insight from China, based on a study of the role of a third party in the trust repair process. Researchers Ying Yu, Yan Yang and Fengjie Jing employed two reparative tactics — persuasion and guarantees, with persuasion shown to be the more effective tool. The introduction of a third party was proven to help restore a trust relationship based on two factors: the closeness of the relationship between the third party and victim, and the perceived power held by the third party. After a brand crisis, we might learn from this to bring in a spokesperson already trusted by the victim, to add persuasion that an apology is real or that steps are truly being taken to remediate damages. The more expertise or authoritative standing the spokesperson has, the better.

Read the full studies for more information, and feel free to leave links to other research in the comment section. The more we all know, the better we might do!