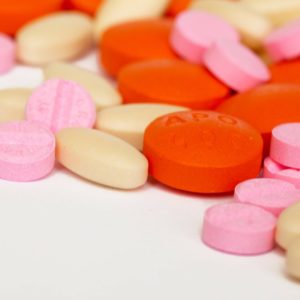 The U.S. Food and Drug Administration (FDA) has several different drug designations which impact how and when a new compound comes to market. On average, it takes about nine years, according to Independent Institute. The manufacturer first completes drug synthesis and purification and conducts limited animal testing. Only about five of 5,000 compounds tested will appear promising enough for filing an Investigational New Drug Application (IND). If approved by the FDA and by an Institutional Review Board, the drug process then moves forward.

The IND stage. In phase I, clinical trials using healthy humans determine the drug’s basic properties and safety profile. In phase II, efficacy trials begin and the target population receives the drug. At the end of phase II, the manufacturer meets with FDA officials to discuss any concerns and the protocols for phase III. During this phase of the IND, the manufacturer can obtain accelerated development review of the drug.

NDA reviews. Once IND phase III clinical trials are completed, the manufacturer files a New Drug Application (NDA). The FDA consults expert advisory committees for specific advice on drug safety, effectiveness, and labeling. Once approved, the drug may be marketed with FDA regulated labeling. The FDA continually gathers safety information as the drug is used. If adverse events appear to be systematic and serious, the FDA may withdraw a product from the market.

A drug company can request an FDA Fast Track designation of an investigational drug that treats a serious or life-threatening condition and fills an unmet medical need. For example, Sage Therapeutics’ drug candidate SAGE-217 has just been granted fast-track designation as a treatment for major depressive disorder. Sage currently is in mid-stage clinical development, including four trials for movement and mood disorders. A fast track drug must indicate an advantage such as improved effect on serious outcomes; avoiding serious side effects or toxicity levels; improving the diagnosis process where early diagnosis results in an improved outcome; or use for an emerging public health threat.

Breakthrough therapy: This expedites the development and review of drugs which show promise of substantial improvement over available therapies. This “open door” drug review then is eligible for all Fast Track designation features, and senior FDA management guidance beginning as early as Phase 1. Ignyta’s TRK inhibitor entrectinib has just received breakthrough therapy designation for the treatment of NTRK fusion-positive tumors. The company has an ongoing mid-stage trial of the drug.

Accelerated approvals: This impacts drug development for serious conditions that fill an unmet medical need. Proof is based on a surrogate endpoint — a marker such as a laboratory measurement, radiographic image, physical sign or other measure predicting clinical benefit. Keytruda, or pembrolizumab, has received accelerated approval as a treatment for children and adults with refractory classical Hodgkin lymphoma or those who have experienced relapses after at least three previous therapies.

Priority Reviews: This designation means the FDA’s goal is to act on an application within six months. Designation of a drug as “Priority” does not alter the scientific/medical standard for approval or the quality of evidence necessary. It’s used for drugs that, if approved, would be significant improvements in the safety or effectiveness of the treatment, diagnosis, or prevention of serious conditions when compared to standard applications. Bristol-Myers Squibb’s new-drug application for Opdivo, or nivolumab, has been accepted for priority review by the FDA as a treatment for patients with dMMR or MSI-H metastatic colorectal cancer.

Orphan drug status doesn’t necessarily provide faster approvals, but it offers tax reductions and the exclusive right to develop the cure for a specific condition for a period of seven years to companies attempting to cure rare diseases. For example, this May the FDA granted orphan status to Octapharma’s Octagam immune globulin intravenous (human) 10% liquid as a treatment for patients with dermatomyositis, a rare acquired disorder characterized by chronic inflammatory and degenerative changes of the muscles and skin.

Is the U.S. too slow with drug approvals? The FDA’s orphan drug designation and other fast track measures is bringing more drugs to market more quickly, compared to its counterpart, the European Medicines Agency’s approval process. Between 2011 and 2015 the FDA approved 43.5% of applications for drugs with the “orphan” designation. Meanwhile, the EMA approved only 25% of orphan drug applications submitted during that period. Both agencies know, however, that speed can kill, so safety measurements with unproven agents remain the highest priority.

Diversity and Inclusivity: how to foster both
Cyber Crime Fighters – the new American heroes