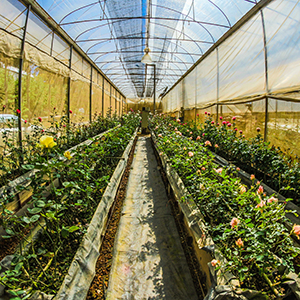 The UN estimates that 223 million people in sub-Saharan Africa suffer from malnutrition, which is a staggering number to attach to human suffering. There is a very optimistic African Union plan in place to end hunger in the continent of Africa by 2025. Can it be done, and what role will genetically modified organisms (GMO) play? Every month, we scour news sources from around the world to see what’s happening in biotech. This month, we’re focusing on new African GMO seeds and food products. We’ve linked information to these summaries, all of which are interesting reading if you’d like to learn more.

Can we zap hunger with nuclear power? A Reuters report cites the Central African Republic as being the most hungry of all developing nations, based on the Global Hunger Index. One solution might be a nuclear-powered irradiation process to zap cassava shoots, a primary food source for the region, to destroy bacteria and to induce genetic plant variation. The World Health Organization has certified the process as safe for human and animal foods. Less safe for the plant scientists at the University of Bangui, in the capital city, however, is protecting a nuclear-derived process to create those hardier plants amidst the backdrop of a war-torn country besieged by laboratory looting and arson.

Halting the march of the armyworm. According to Daily Nation, one of the pests now out of control in Africa, thanks in part due to climate change, is the armyworm. This pesticide-resistant scourge threatens subsistence maize farming. A potential solution is biotech corn seeds called DroughtTEGO, just created by the Kenya Agricultural and Livestock Research Organization. The seed is purported to be resistant to drought and pests including fall armyworms and stalk and stem borers.

Nigeria steps up GMO approvals. According to Nigeria’s newspaper Leadership, that country will soon commercialize staple GMO crops including Maruca-resident cowpea; salt tolerant and water-efficient rice, bio-fortified sorghum; Bt maize; herbicide tolerant soybeans; and virus resistant cassava enhanced with ion and zinc; and Bt cotton. All this is according to the National Biosafety Management Agency, created after the Biosafety Bill was signed into law in 2015 in Nigeria. This movement will also benefit local seed production companies which can partner globally with Monsanto and others now.

The Great Debate – Is GMO even safe for human consumption? We can’t end a story on GMO food products without acknowledging the debate about its safety. Like it or not, nearly every food item in American grocery stores today contains a genetically modified organism. According to a 2016 Pew Research Center study, about 16% of us are deeply concerned about GMO production. On average, “about half of Americans (48%) say the health effects of GM foods are no different than other foods, 39% say GM foods are worse for one’s health and one-in-ten (10%) say such foods are better for one’s health.” However, that same study found that 89% of scientists from the American Association for the Advancement of Science believe genetically modified foods to be safe.  Scientists often cite, as practical world examples of how this debate plays out, the revitalization of the Hawaiian rainbow papaya industry, thanks to virus-resistant biotech papaya, versus Uganda — a country on the verge of famine due to the refusal by the Ugandan government to approve disease-resistant banana trees.

What can you do to help end hunger and stabilize the world? If you’re interested in micro-lending to make loans as low as $25 to help a struggling third-world farmer buy seed or a pig, check out KIVA, which supports start-up entrepreneurs in 80 countries. An investment in another human being’s self-sufficiency is a great and novel birthday present to give a friend or co-worker. Something to consider.