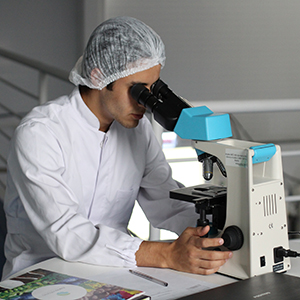 In this month’s biotech review, we’re moving off the topic of bio-agriculture and on to the study of human biology. Here are some noteworthy biotech medical breakthroughs that could bring relief to your family or friends, if testing goes as hoped:

Good news for autistic children. This month Roche has been given breakthrough status by the FDA for a new drug showing some promise for the treatment of autism spectrum disorders (ASD). This means the drug could be introduced into the marketplace earlier, which is great news for the 1 in 68 children in the U.S. who have autism. The Centers for Disease Control and Prevention estimates that the prevalence is 1 in 42 for boys, 1 in 189 for girls –a gender ratio of about five boys for every girl. The next clinical trial won’t conclude until 2020, but Balovaptan is now in phase 2 testing, with promising results shown in the first go-round. The intent of the drug, which is administered through a nasal spray, is to modulate the activity of vasopressin, a hormone that increase brain neural communication and which seems to play a role in social bonding – two key functions that are hampered in ASD children.

Promising treatment for Diabetes patients with CLI. Severe pain, skin ulcers and even limb amputations are real possibilities for diabetics due to arterial blockages. This condition, called Critical Limb Ischemia (CLI) may finally have a treatment, thanks to the U.K. company Rexgenero, based in London. Rexgenero is in late-stage trials of a new cell therapy called REX-001. Patients are being enrolled in clinical trials, with results and findings to be provided by 2020. The treatment is hoped to spur the growth of new blood vessels to carry more blood to the affected sites.

Advanced breast cancer patients given hope. Novartis gained Breakthrough Therapy designation in the U.S., and a nod in Europe as well, for its drug LEE011 (ribociclib), an experimental selective cyclin dependent kinase inhibitor. Most breast cancer patients need to know if their cancer is hormone receptor positive, which can make treatment even more precarious. This drug is aimed at the population that is late stage or metastatic, meaning the cancer has spread to other areas. An average of 40,000 persons die from that situation annually in the U.S. The new drug is to be paired with letrozole as a treatment protocal. The FDA’s nod means it could be brought to market more quickly in the U.S., and will receive much more support in terms of oversight and input from the FDA to promote its testing and potential acceptance.

Swallow a medical transmitter for antidepressant efficacy feedback. Otsuka Pharmaceutical asked for FDA approval of a drug-device combination. A single tablet would contain the antidepressant ABILIFY (aripiprazole) with a tiny embedded ingestible sensor made by Proteus Digital Health. Stomach fluids activate the sensor, described as “the size of a grain of sand”, which then transmits physiological data to a sensor worn by the patient. The data is then displayed on a mobile app, as well as via a web-based portal for healthcare professionals and a pre-identified family/friend support network. Both ABILIFY and the Proteus sensor have been individually approved by the FDA; now it’s the combo asking for a marketing nod.

These experimental results are early; any or all may fail to come to market. However, research spawns other research and following clinical trials is one way to remain hopeful that today’s difficulties may become tomorrow’s memories.