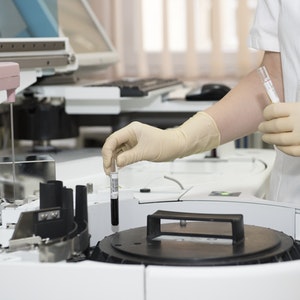 Our bio review this month addresses promising breakthroughs in the medical field that may directly impact us, our family or friends. Here’s what’s on the near horizon:

Alzheimer’s hope. It is perhaps the most-feared disease in senior America. While genes that hint at the chance of developing Alzheimer’s dementia have been identified before, two recent gene discoveries are far more significant. Dr. Rebecca Sims, Cardiff University’s School of Medicine, Wales, says, “These particular genes, which suggest that immune cells in the brain play a causal role in the disease, are very good targets for potential drug treatment.” Genes identified as PLCG2 and ABI3 were found to cause changes in brain proteins linked to the disease. So far, most treatments have not been successful for altering the course of Alzheimer’s for very long, as they are focused on symptom control rather than causal control. This latest gene mapping discovery at Cardiff could change everything.

Non-invasive heart failure monitor. If you’re one of the 6 million U.S. sufferers of heart failure, you’ll be interested to learn that Vixiar Medical Inc., a spin-off of Johns Hopkins, just raised $1.5 million to bring Indicor to market. The hand-held heart failure monitor estimates cardiac filling pressure. U.S. Food and Drug Administration approval could happen by early next year, after which Indicor is expected to move into production.

Lupus self-injection option. Later this month (August), specialty pharmacies should be offering the first self-injection option for GlaxoSmithKline’s Benlysta (belimumab) for the treatment of adults with active, autoantibody-positive systemic lupus erythematosus (SLE). About 1.5 million Americans suffer from Lupus. Significant symptoms include pain, extreme fatigue, hair loss, cognitive issues, and physical impairments. Many suffer from cardiovascular disease, strokes, disfiguring rashes, and painful joints. For others, there may be no visible symptoms.

Lyme disease vaccine? Lyme disease is caused by bacteria transmitted to humans through a bite from an infected black-legged or deer tick. The CDC estimates about 329,000 cases of Lyme disease occur each year. Currently antibiotics such as amoxicillin and tetracycline are used to treat Lyme’s Disease during the infectious stage, but left untreated, the disease can be debilitating. French biotech Valneva just received FDA fast-track designation for its Lyme disease vaccine candidate VLA15. Currently in Phase I clinical trials, Valneva expects to announce its first results in 2018, when it will also initiate Phase II clinical trials.

The surprising way you might connect with scammers: LinkedIn
Dirty desks and cleaning solutions