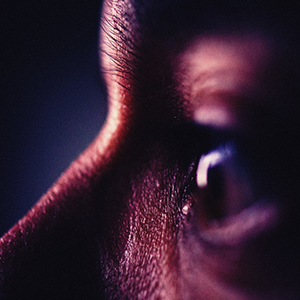 Biotech Review: What your body reveals about you.

For this month’s biotech review, we’re delving into the latest bio-science inquiries into body language and the stranger resultant stories of what your body is capable of – with a little help from tech.

Catching a Killer – What it could mean to YOU. The police have a DNA sample, but no idea of whose sample it is. They submit a fake name with the sample to a voluntary DNA submission program and they subsequently are notified of a match – one close enough in DNA similarity to help them identify the killer. It’s the maker of recent headlines in California, but what does that have to do with you, a law-abiding citizen? Perhaps you’re a proponent of DNA matching, as I am since discovering three previously unknown sisters through such a registry. However, the potential downsides soon could be data mining by third-parties through legal or dark-web means for genetic information that could reveal a propensity to develop cancer or other serious ailments that could cost potential insurers thousands of dollars. Or perhaps it could challenge the witness protection program. The debate over use of the submitted material has just reached a new pitch; watch for court challenges to admissibility.

The mind-machine meld: new MIT technology marries thought and computer response. Imagine having a direct link by thought to your cellphone or computer. Here’s a Youtube.com example  of an MIT student (Kapur) using AlterEgo, a headset that allows a user to silently converse with a computing device without any voice or discernible movements. It reads the words and commands formed by the muscles in your face and jaw that create signals that you aren’t even aware of when you think or read. It then translates those subvocalization movements into digital commands and transmits them to an external computer via Bluetooth signal. The result? You ask for a total cost of items you’ve looked at while in a grocery store, and the device responds with the answer – either in text, headset voice or however you’ve programmed your device to receive it.

Turning Sign Language into English? In a related story, Texas A&M researchers are investigating how to map wrist and arm muscular movements when a person “signs” words. The sensors then translate those movements into English. The wearable arm sensors still have to be trained to individually build up a vocabulary, as people subtly differ in how their muscles move to create the signs. To date, those subtle movements result in word-by-word (rather than complete sentence) translation which hampers immediate and fluid conversation. Work is ongoing, however, and researchers are optimistic that the developing sensory technology will offer the best communication bridge between the hearing and hearing impaired.

Smart Clothes – could a new robotic become an eco-skeleton for disabled patients? Let’s go beyond the sports bra, already created by engineers and scientists at the University of Massachusetts at Amherst to measure heart rate and recharge as you move. And let’s go beyond MIT’s workout suit covered with living cells to keep you cool when you overheat while exercising. Let’s even go beyond Harvard University’s creation of sensor material with fabric-based soft actuators that could help athletes track their physical performance or help a golfer correct his golf swing. All of these discoveries are leading to smart fabrics that soon may trigger muscle movements instead of record them. Then, just like impulses trigger prosthetic movements, clothing might help someone recovering from knee surgery by assisting in the movement of the affected joint. There are countless applications for smart clothing, whose designs are quickly moving from translating to initiating movement. Researchers are imagining helping patients with such serious disabilities as spinal cord injuries or ALS. One truth already evident is that it’s a great time to be a bio-research scientist, with so many options to pursue.