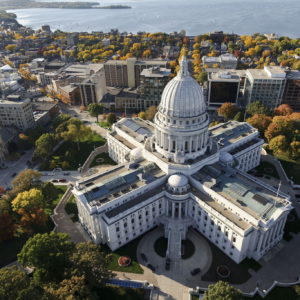 Madison, Wisconsin, is a pretty great town. Though, at TDS Telecom headquarters we may be biased.

However, a recent study by Zumper confirms what we already know: Madison has topped the list of best locations for new college graduates.

That’s great news for TDS Telecom. As the subsidiary of a Fortune 500® company, we’re always seeking top talent. In Madison, alone, TDS employs nearly 2,000 people. With the University of Wisconsin recently ranking high worldwide by the Center for World University Rankings, as well, TDS couldn’t be more conveniently located to bring in that top talent.

In the study by Zumper, six difference datasets for the 260 largest metro regions in the United States were analyzed using current U.S. Census Bureau and rental data.

Madison topped our list as the best location for new college graduates. Similar to other college dominated towns, much of the population is young, single, and well educated, with 16.7% of the entire population between the ages of 20-29. The city also had a high Amenities Score, with 119 bars and 203 restaurants and coffee shops. Madison’s economy is incredibly vibrant with a low unemployment rate for young people at 5.53%, coupled with strong salaries. Lastly, rent prices are moderate given income, meaning new graduates won’t be rent burdened compared to larger cities.

Millions of students finish college every year and enter the workforce. With the big decision of where to live and work, these results are big news for Madison. Austin, Columbus, Salt Lake City, and Boston round out the top five.

You can check out the study and results in their entirety here.

Where did you move after college?