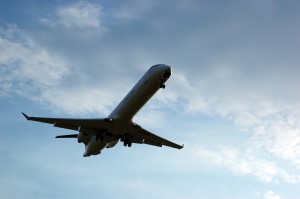 Memorial Day has come and gone and the unofficial start to summer is here. For many this means hopping on a plane and enjoying a little rest and relaxation. Not everyone on board will be heading for fun in the sun. There’s still work to be done. And this summer travelers can expect headaches, packed planes, and busy airports.

There are several reasons why this summer’s travel season will be more difficult than those in recent history. First, more people are expected to fly this year than any other year since 2008. According to Airlines for America (A4A), a trade organization, nearly 209 million people will fly U.S.-based airlines this summer. That’s up one-percent from the same time last year. A record number of people are expected to take international flights. The busiest travel days will be Thursdays and Fridays between the middle of June and the first week of August.

The second reason, the economy is doing better. A4A attributed the uptick to rising household net worth and corporate profits, strong airline operational performance, and recent relief in energy prices.

Finally, there’s concern about overtime cuts by the Transportation Security Administration (TSA). Some fear this could lead to longer security screening lines. According to the Wall Street Journal wait times at Atlanta’s International Airport recently stretched to nearly 70-minutes because of a TSA staffing shortage. Now, the airport is asking all passengers to arrive at least two hours before their flight leaves.

The lesson here is if you’re traveling for business you should be prepared. There’s a good chance you’ll have to deal with long lines, delays and possibly some missed work.

But it doesn’t have to be that way. There is a business solution that can help—business hosted VoIP from TDS. You can stay connected when you’re on the road (or trapped in a hotel room) with features like simultaneous ring and remote office teleworker.

Simultaneous ring will alert multiple phones, like your cell, when calls are placed to your desk phone. Remote office allows you to make and receive calls from another phone, like a hotel phone, as if it were your office phone. These are just some of the awesome features of TDS business hosted VoIP.

The average plane this summer will be 86 to 87 percent full. If you miss that connecting flight getting on the next plane may be tough. You may need an alternative plan and TDS managedIP Hosted (business hosted VoIP) could be it.