Williston, South Carolina is about an hour southeast of Columbia, the state’s capital city. In 2012, Superintendent Tom Siler wrote on the school district’s website, “Communication is important in all organizations.” That’s why the small district, which only has about 1,000 students, upgraded to managedIP Hosted, TDS’ business VoIP solution. Don Wical, technology director for Williston School District 29 says in the video above, “Our old system just wasn’t cutting it anymore.” 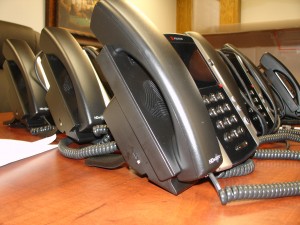 TDS’ managedIP Hosted helps users stay connected when they’re away from their desks or working from a remote location. Features like simultaneous ring and remote office teleworker enable teachers to be more responsive to parents. The service includes an intuitive web portal that allows users to change how calls are handled on the fly. It’s also supported by a robust and reliable network, a satisfaction guarantee, and experienced sales and support staff.

Because of managedIP’s advanced features and support, Wical thought his district wouldn’t be able to afford TDS’ flagship product. He says, “It’s something that you only see in larger districts or districts with a lot more money than we have.”

Because the service is hosted, there’s minimal upfront cost. Williston and other schools across the country have made the most of a government program called E-Rate to supplement their technology investment and upgrade to managedIP. Also known as the Schools and Libraries Program, E-Rate is run by the Universal Service Administrative Company (USAC). USAC collects contributions from telecommunications carriers and oversees the program so communities across the country can obtain affordable telecommunications services. The E-Rate program provides schools and libraries with 20-to-90 percent of funding for critical communication technology like managedIP.

According to TDS associate manager of Commercial Promotions, Kay Midthun, many of managedIP’s features are considered “Priority 1” under E-Rate. This means they are funded first under the program.

Williston is just one of many schools and libraries that’s upgraded to TDS’ managedIP Hosted. To hear from others you can visit TDS’ YouTube page. For more information about E-Rate and hosted VoIP you can click here.