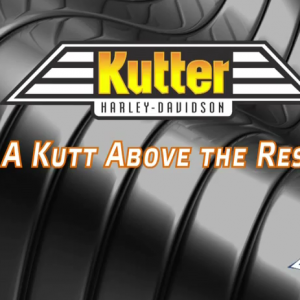 Kutter, a Harley-Davidson dealer, opened their doors more than 20 years ago in southern Wisconsin. After expanding in 1996 and then losing their leader in 1999, the employees stuck together to help the company grow.

“We knew we could do it,” says Gary Sinks, general manager. “We had 16 employees, put our minds to it, and everyone did their job. We had the confidence and knew we could grow the business—and we did!”

In fact, Kutter grew so much, they expanded again in 2002. This time, they built a new store in Monroe, Wis. and added 12 employees. With all the growth, Kutter needed new work stations. At the time, they were looking for a different kind of communications solution and chose TDS VoIP. One reason for making the switch—they could run both stores on one server, saving them money.

Plus, calling the other Kutter locations became a 4-digit dial, saving both time and money. “It’s just like calling someone in the building,” Sinks said.

With TDS managedIP Hosted, each employee has the flexibility to set up how they want their calls answered. Some employees set their phones to go to voice mail after a certain number of rings. Other employees forward calls to their cell phone after a specified number of rings.

Sinks also appreciates how easy it is to move employee workstations. “In the past, I had to call the phone company, set up an appointment and wait for them to come and move the jack. Today, all we do is move the phone to the new location, plug it into the computer and it’s ready to go.”

“TDS managedIP is where we are and it’s going to take us where we’re going,” says Sinks. “It’s a great tool for our company.”

Hear Sinks talk about the TDS managedIP Hosted difference. Or, stop by Bike Night & Hot Rods every Tuesday this summer. Enjoy food and live music while taking the opportunity to ask Sinks about their bikes and their communications system.