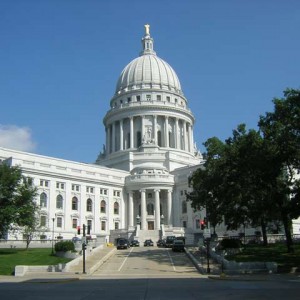 The following statement can be attributed to Drew Petersen, vice president of external affairs and communications for TDS Telecommunications Corp.:

“On behalf of the employees and customers of TDS Telecommunications Corp. (TDS) I want to thank Wisconsin Congressmen Sean Duffy, Ron Kind, Tom Petri, Reid Ribble, and Jim Sensenbrenner for taking a stand on an issue important to the future of rural telecommunications, our company, customers, and the communities we serve.

“Unfortunately, the FCC is already considering additional changes on top of what they adopted last October. It is too soon for more reforms. The dust has not even settled on the decisions the FCC made last year—additional reforms could seriously undermine the service availability we’re able to provide customers in rural Wisconsin.

“Representatives Duffy, Kind, Petri, Ribble, and Sensenbrenner aggressively responded and sent a letter earlier this month to the FCC asking that rural telecommunications providers be given time to adapt to the recent reforms before undertaking further substantial changes in the near future.

“Thank you Congressmen for supporting TDS and rural telecommunications providers across Wisconsin!

TDS Telecommunications Corp. (TDS®) is the seventh largest telecom provider in the U.S. For more than 40 years, the company has been connecting people with high-speed Internet, phone, and TV entertainment services in hundreds of rural, suburban, and metropolitan communities across 31 states. Today, TDS has more than 1.1 million equivalent access lines in service and 2,700 employees. Business customers select from the latest technologies, including: VoIP (managedIP) phone service, dedicated Internet, data networking, and hosted-managed services. Visit www.tdstelecom.com or www.tdsbusiness.com for more information.