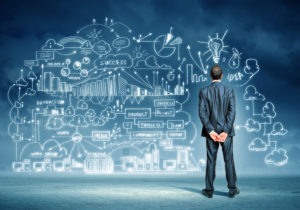 Image courtesy of The Hub for Startups

The Kauffman Foundation has worked closely with the Census Bureau and other government agencies to create and publish an Annual Survey of Entrepreneurs (ASE), which offers economists a snapshot of American business growth and practices.

Perhaps most surprising, the 2015 ASE revealed that new and young firms are the primary sources of net job creation in the U.S. – not small or big companies as is often cited.

According to Dane Strangler, VP of Research and Policy at Kauffman, “The magnitude of the mindset shift that this prompted … is hard to overestimate.”

Other findings of the Kauffman Foundation’s 2015 ASE:

What we are seeing in America is a slow resurgence of business startups following a very long financial recovery period. However, start-up activity offers only one snapshot of economic recovery. For example, while women trailed in the start-up arena, they enjoyed a 32% growth in the area of middle-market firms. Since that sector only increased by 4% overall between 2008 and 2014, the 32% rise in the number of female-led firms is significant. And that’s the way it is with statistics; they provide an overview but every single business owner makes a unique contribution to the prosperity of our nation.