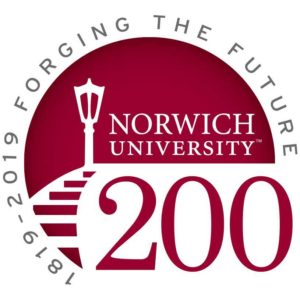 By Krista Ledbetter on January 4, 2017 in News, Products

The TDS field services team in Vermont has a lot to pat itself on the back for in 2016.

David Colbert, manager of Field Services, received a letter of commendation from Norwich University in Northfield, Vermont after his team successfully installed more than 800 managedIP stations on campus this year.

The team installed about 840 stations at the university, to be more precise. To get an understanding of just how huge a project that is, David said the typical managedIP system install in his area is between about 10 and 30 stations.

The letter, written by Joe Morvan, the university’s director of User Services & Systems, provided a glowing review of the team, to say the least.

“I want to formally reach out to you and express my utmost gratitude for the service and support provided by the TDS New Hampshire and Vermont telecommunications team during the initial phase of the telecom upgrade. Their perseverance and combined support was phenomenal.”

“I have to point out that [the team’s] constant determination and drive played a huge role in the successful roll out of the hosted VoIP system in the proceeding weeks after the initial implementation. This is to include everything from the unanticipated extension cuts and conference phone issues to missing phones.”

“I believe it’s worth noting further how professional your team and others have been during the entire experience. Your men are very humble when given accolades by indicating, ‘Hey, it’s my job,’ or ‘hey, we are glad to help.’ I wish to express further how fortunate I believe you and the University are to have such a great team.”

The Norwich University project has been in the making for years, David said. The history dates back to 2009, when TDS offered support to the university after its former provider ceased operations.

From 2009 to 2016, TDS provided support and options to the university, while also maintaining the public branch exchange (PBX) phone system – consisting of just over 2,000 lines –that was already in place.

Retirement of the PBX system – a large project on its own  – began in 2014 when the school removed 800 lines from the dorms and converted all the administrative lines to managedIP. Earlier this fall the team began the next phase of the PBX retirement process that involved finding solutions to replace the analog phone lines for fax and credit card machines, elevators and emergency lines on campus. Today, 200 PBX lines remain in addition to the 840 newly installed managedIP systems. Once the last 200 analog lines are removed from the PBX, the old system can finally be powered down and removed, David said.

As evidenced by the letter from Norwich University, this project was a positive and appreciated one.

“I think one of the main reasons for TDS’s success in this sale is because of our local techs. They are a part of the community and have been for years,” David said. “I think customers like having the local, familiar face just down the street. Our techs take pride in their work and pride in servicing the university.”

Our Crystal Ball for the coming Year of the Fire Rooster
News Media Shrinkage: The good and bad news for marketers

One Response to University sends praise after TDS VoIP install