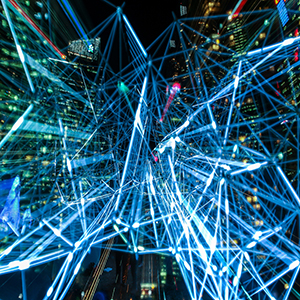 Ever wondered what sparks a business disruptor conversation?

For example, what might be the result of business conversations between Berkshire Hathaway’s billionaire visionary Warren Buffet and his friends Jeff Bezos, Amazon’s founder and chief executive, and Jamie Dimon, chief executive of JPMorgan Chase? That answer was actually announced in January when the corporate giants revealed their intentions to form an independent health care company for their combined million-plus U.S. employees. The revelation sent insurance stocks into a brief tumble, but what it all really means – the potential use of electronic patient monitoring technology and web-based services versus traditional brick-and-mortar practices, for example — still remains a mystery. However, if anyone (or anyones) could devise a better system than we have now, these three are the brain trust to watch.

What else is on the horizon that might become inspiration for new business models, or may, in fact, change the way your organization runs?

Meet Chatbots, your new conversationalist. Okay, this is a little bit cool and a little bit freaky. By 2020, predicts Gartner, the average person will have more daily conversations with bots than with their spouse. Already a chatbot allows you to have a quasi-conversation with a computer. Thanks to artificial intelligence (AI), it can interpret your requests; then, based on its programming rules, it may direct you to the correct person or answer your query itself. I’ve already had a Chatbot conversation today, when I tried online to contact AccuWeather to correct its report that Jacksonville, FL weather reached 122 degrees Fahrenheit in May (when, in fact, I know it was closer to 82 degrees the reported day). The chatbot just didn’t quite understand what to do with my report, but it was an interesting “conversation”, watching it queue up a typed series of logical questions based on my responses. Sadly, it isn’t yet programmed to recognize that AccuWeather might be wrong once in a blue moon. However, the use of chatbots in the role of customer service will only continue to improve with sampling experience and also to expand as the technology becomes more affordable than employees.

Voice reality joins virtual reality. With the mass adoption of in-home instructional devices like Apple’s AirPods, Google Home and Amazon’s Echo, and the expansion of available voice-to-phone commands, Gartner predicts that by 2020, 30% of web browsing sessions will be voice activated rather than screen based. Pair that with explosions in the field of virtual reality and we Boomer’s are experiencing a few Star Trek flashbacks. The Future is becoming The Now faster than we can type, but that’s okay… apparently slow typing won’t be a handicap much longer.

New applications for industrial 3D printing. Recently, you might have watched in real time, on TLC’s This is Life Live, as a young girl received a custom-made prosthetic arm and hand from a generous tech company. That’s nice, but what makes it astounding is that the device was created by a 3D printer. In related news, a dad designed and created a new arm for his son using a 3D printer. Ben Ryan was a former psychology teacher before he took on the challenge and is now making the devices for other families. Could your thousand-dollar product be replicated for a relatively small investment in a 3D printer?

Change is great for the disrupters. However, it may take the rest of us a few moments to catch our breath and to fully consider what each new discovery could mean to us and for us.

Severe weather alerts: what they could mean to your business
Summer Fun (Away From Your Desk)