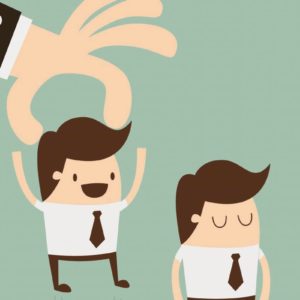 Become the “go-to” person for your boss

In a macro view of business, there are two types of executive managers – one whose natural style is inclusive when it comes to decision making and one whose style is independent. You know which style you work for, right?

Your manager could just as easily and quickly say whether you fit the employee role of Bystander, Yes Person, Valuable Resource, or Obstructionist. Unfortunately, too many people fit in the first category, without perceived skin in the game. If it’s hard for you to express your opinion in a staff meeting or during an impromptu discussion with the brass, take note that the first people “downsized”, regardless of talent, are Bystanders.

If you want to be considered a Valuable Resource, saying “that sounds good” isn’t enough — add value to the discussion by saying why you think the new direction has legs or how your client or coworkers would benefit.

Conversely, if you enjoy the role of devil’s advocate a little too much or too often, you’re going to be considered an Obstructionist. Independent thinkers bring great value to an organization, and you want to be known for your integrity and willingness to honestly say what you think is best for the company. However, the best way to avoid ruffling features is to practice your “yes, and” approach rather than lead with your “but” response to a developing idea. Add something before you take away from an idea by pointing out some common ground, some value nugget that you can agree with. Then build on that rather than dismiss the entire idea.

Also, if you want to generate trust, be careful of offering an automatic “don’t worry, I’m on it” attitude. It seems like that answer mirrors your confidence, and maybe you are on top of things, but your supervisor may hear it as a dismissal.

Offer a quick summary of how things are going rather than a verbal pat on the head. Better yet, proactively keep your manager in the loop about anticipated project outcomes and deadlines.

If you prefer maximum workplace independence, offer progress reports on measurable outcomes and be upfront with realistic projections. Meanwhile, avoid opening Door #3 — a discussion about how you are reaching your goals. A manager doesn’t typically want to know the “how” fine print (unless that is their specific question). More often, they want to know “why” and “when”.

Finally, if you ask your boss for advice, either take it or state clearly why you might sidestep it. Otherwise you might be stuck with a constraint you know won’t work, or worse, if you don’t take the advice and the situation worsens, expect double trouble!

These guidelines separate the person who wants to be a Valuable Resource and the Yes Person who wants, first and foremost, to be liked by the manager. Being respected trumps being liked when it comes to promotions and raises, and that’s where this “go-to” attitude can take you.