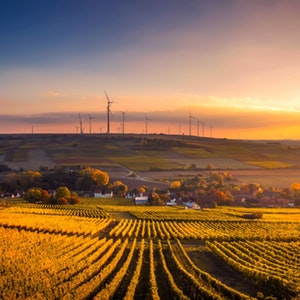 Biotech review: What it takes to feed the world

This month, our tech focus is on bio crop development and world population projections. But first, let’s define emerging terminology:

“Gene editing” versus “Genetically Modified Organism (GMO)”: If an existing plant gene is removed (or enhanced), and no foreign DNA is introduced, is it a genetically modified seed? Gene editing proponents insist that farmers have done it for hundreds of years by mixing seeds to control certain plant “traits”. Today’s agri-science labs simply produce results that would have taken a dozen years to achieve “in the field”. The challenge for marketing new gene-edited strains is this: are the seeds more “natural” than the better known (and initially repudiated) GMO food sources? Dow, DuPont and Monsanto are all reportedly developing strategies to offset anticipated and uninformed pushback. Meanwhile, the consumer jury is out.

Data Science: Today, farm vehicle computers not only “map” and adjust for land topography as they cultivate and harvest fields, but they also can be used to track yields. If one field or area within a field produced a higher yield than another, or one farm consistently does better than another, analysts can determine how best to replicate the amount of water, nitrogen fertilizer, pest control, etc., to reproduce those better results. Aggregate farm measurements and analysis will, in turn, identify best practices to product the highest, healthiest yields. This is the emergent science that U.S. consultants are using to help world growers today.

U.S. bio-crop headlines more often discuss breakthroughs in bio-energy sources than bio-food sources today because that’s our current and most urgent need. Yet today’s Americans farmers and agri-scientists are among the best in the world at producing safe food. Also, because we have the ability to import what we do not grow, we have the means to feed our populace. This isn’t the case for all countries. By 2050, the bulk of the world’s population growth will take place in Africa. Experts predict Africa’s population will increase by 1.3 billion people by 2050, plus 0.9 billion in Asia, and only 0.2 billion added in the rest of the world. In fact, in 2050 Nigeria is predicted to overtake the U.S. in terms of population. Given existing food shortages there, Africa has become a global economic and humanitarian concern.

Uganda hopes to market GMO potatoes in 2020. Just short weeks after Uganda’s parliament passed the National Biotechnology and Biosafety Bill (“the GMO” bill), it was announced that testing with transgenic Victoria potatoes has produced high yields without disease. Unrelenting drought weather patterns often bring crop disease and pest infestation in their wake. This month, three plantings in differing soils and environments in Uganda will offer more proof that this strain of GMO is a viable solution for potato growers.

Nigeria to market GMO (Bt) cotton, cowpea in 2018. In related news, Nigeria’s seed growers are being educated on their role in bringing GMO crops to market next year. The National Agriculture Seed Council (NASC) is working with African trade associations and government officials to educate new players in the GMO arena to ensure commercialization of emerging genetically altered seed crops. In regions where acceptance of GMO crops remains sketchy, NASC is trying to offset opposition by inviting farmers and seed distributors to lead the way with informed growing and marketing practices. Similarly, Kenyan farmers will begin growing pest-resistant Bt cotton by 2019, which has been tested in field trials since 2002.

Most Americans are in the enviable position of being able to debate seed preferences (“natural” versus “GMO”) with our consumer dollar. In Africa, where choice is limited to what is able to be put on a shelf or pulled directly from a field on any given day, the greater challenge is simply to be fed. Biotech may offer the country’s best, and perhaps only, hope.