Ever heard the expression the only constant is change? Or some variation of that line? I would have to say I agree. I would also have to say, for the most part, change is good. Think about how far we’ve come in the last decade. All the wonderful technological advances we’ve made. From smartphones and tablets on the consumer end to VoIP and VoIP business solutions like managedIP Hosted on the business end (I don’t even have to take my hands off the keyboard at my desk to answer the phone anymore). 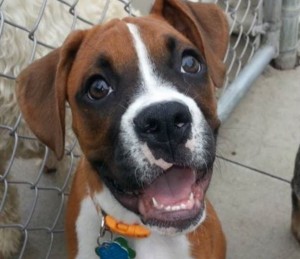 Personally I’ve made some great advances as well. 10 years ago I was a college senior (I turned that one year into two:). Now I’m a father, have a wonderful girlfriend, own a home and recently became the proud owner of a boxer puppy named Murphie Brown.

Remember how I said change is good… “for the most part.” Well here’s the, “for the most part.” This week a spunky 20-something named Marina Shifrin took the internet by storm when she quit her job by dancing to Kanye West’s Gone, recording it and then putting it on YouTube. In five days the video has gotten close to 13-million hits!

In the video, which runs 1:45 and features some adult language, Shifrin shares her complaints about her former position. They range from sacrificed relationships, to terrible hours and a boss who only cares about quantity and not the quality of work.

A few days later her former employer, Next Media Animation, made their own video and posted it to YouTube as well.

My issue is not that she made a video to quit her job. Personally, I would never do anything similar. If I were in her position (and who hasn’t had a job they don’t like) I would be grateful for the opportunity and submit a formal resignation with a two week notice. But I guess to each their own. I must admit though I’m now starting to understand some of the gripes baby boomers have about millennials.

My issue stems from another saying, “Imitation is the most sincere form of flattery.” I’m worried other young professionals will see this as acceptable. Let me assure you it is not. You never know how what you’re doing is or will impact the people around you. Ms. Shifrin may be getting a lot of attention now. Her boss may even have a little egg on his face, which I’m guessing is probably what she wanted. However, when she made that video she threw the other 599 people who work for Next Media Animation under the proverbial “bus” as well.

So to summarize change is good…for the most part, I hope “quitting” videos don’t become a trend and please think about what you’re doing and how it could impact others. So who’s the big the winner in this scenario? That’s easy…Kanye West. Between the two videos his song Gone has been sampled more than 16-million times in 5 days! That’s a lot of free publicity and will probably help Mr. West forget his feud with comedian and late night talk show host Jimmy Kimmel.

So what do you think? Do you have other suggestions? I would love to hear what works for you. Leave your comments below or reach out to us Twitter and Facebook.

3 Responses to Change is good?