Control what you can 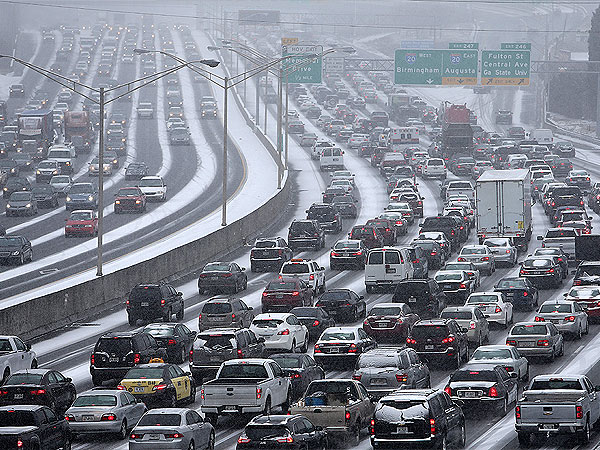 Earlier this week portions of the Southeast U.S. received as much as three inches of snow according to The Weather Channel. The Southeast rarely gets snow and as a result major cities like Atlanta, Georgia, were brought to a standstill. According to reports from CNN, which is headquartered in Atlanta, some 400 children were forced to spend the night at school. Others slept on stranded buses. The National Guard and state police were called in to escort 2,000 school children home across the peach state.

Photos from social media show stranded shoppers and their families sleeping in stores aisles. Motorists didn’t fare any better. According to NBC News many were forced to sleep in their cars overnight. Others abandoned their vehicles on the side of the road. In Atlanta alone there were 940 confirmed accidents. One hundred of them involved injuries.

Sometimes things happen that are out of your control. Like when the Internet goes down. For those who rely on VoIP (Voice-over-Internet-Protocol) technology to fulfill their telecommunications needs this can be extremely problematic. So, how do you stop your VoIP phone service from going down with your Internet service?

In Software Advice’s recent Hello Operator article, Don Sadler’s number one suggestion is to choose a system with built-in redundancy and call continuity. TDS Telecom’s business VoIP solution, managedIP Hosted, is made up of geographically distributed and redundant server clusters. According to Andrew Agnew, TDS’ commercial product manager, “By having redundant network elements in different areas, TDS can help ensure that managedIP service is not impacted by a single geographically isolated outage.” Agnew adds, “There’s also redundant connectivity between the server clusters and core routers.”

managedIP is a hosted service, which means all call set-up and routing takes place in a TDS data center and includes line registration monitoring. So, if a facility loses connectivity or experiences a power failure, managedIP’s disaster redirect service will automatically reroute calls to a number preselected by the customer. Agnew says, “TDS also provides analog services that could be used as the destination of forwarded calls or back-up for placing calls.”

It may not be possible to plan for every thing that can go wrong, like snowstorms that cripple entire cities. But, there are some things you can do to protect yourself and your business in case of an emergency.

Is it time for your wake up call?
Three keys to hiring a contractor