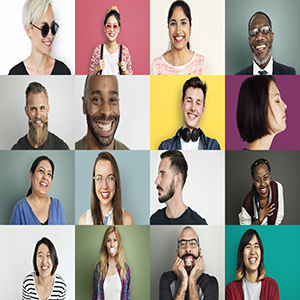 Diversity: From reports to change agents to practical advice

There is an emerging practice among Fortune 500 companies of publishing “diversity reports”. Though Coke and other global firms have been posting positive diversity statistics on their websites for a few years to set themselves apart, this new wave of posting diversity reports is aimed at inspiring and measuring change. Consider these reports from Google, Apple, Facebook, Microsoft and Twitter  which show cumulative 30% averages of female and minority employees. And the statistics are worse for women and minority ethnic representation in management or board positions.

In part due to such transparency by leaders in the tech world, Founders for Change is emerging as a voice for the VC community. If you haven’t yet heard of this group, you likely will soon – it’s a coalition representing more than 700 tech executives and company founders that united in a March 2018 statement demanding more diversity in the venture capital industry. Each Founder or CEO in this movement has made a public commitment to support the Founders for Change initiative:
“I believe in a more diverse and inclusive tech industry. I am dedicated to having a diverse team and board, and when I have a choice of investment partners in the future, the diversity of their firms will be an important consideration.”

What’s going on in the VC world to spur this type of reaction? According to a 2016 survey by the National Venture Capital Association and Deloitte, women accounted for only 11 percent of venture capital firms’ investment partners. Blacks were not represented at all, and only 2% of the firms surveyed employed Latino partners.

Perhaps most useful for our readers from diverse industries is the mindset backdrop offered by Founders for Change members for any HR department or CEO who wants or needs to embrace more diversity and inclusivity. For example, John Hanke of Niantic has posted, “On our career ladder track, to be promoted to a senior level, one of the criteria is ‘Serve as a role model for creating a diverse culture that honors inclusion.’” The website lists this on its “Diversity & Inclusion Tips” page, but the focus of this section is more on developing a mentality than the offering of a 1-2-3 tip plan for how to implement change. Hopefully soon best practices will also be included or better explained.

1) Metrics influence internal diversity and inclusionary (D&I) success. You can’t change what you don’t acknowledge, and the clearest way to acknowledge a situation is to assign a measurement to behavior or outcomes. And, the panelists noted, if the board isn’t diverse, it can’t represent diverse customers.

2) Job candidates care about diversity. For example, a study was discussed that showed nearly half of millennials consider company diversity before accepting a job.

3) A board of directors can say what it will, but the CEO sets the course. Change starts with leadership.

The diversity narrative isn’t new, but it is certainly gaining momentum in the first few months of 2018. Third-party scoreboards are emerging and vested groups, including your talent pool, are taking notice. We’ll be offering, in the coming months, practical hiring and inclusionary tips. Stay tuned!

How to invest your first 90 days as the new manager.
managedIP Webinar: April 19th