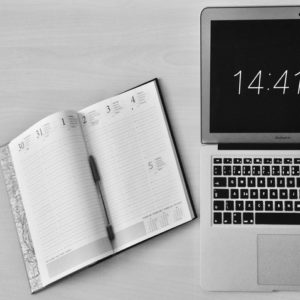 Multiple champions have stepped forward on behalf of under-employed service workers in their fight for a living minimum wage of $15/hour, so that’s almost old news at this point. What’s new is that in the midst of that battle, other entitlements which could affect multiple classes of worker are also being brought to the forefront. Here are three that could affect when (and possibly where) you will choose to work in the not-too-distant future:

Retail and convenience store workers often work under erratic schedules with little advance notice of schedule changes, cancelled shifts, or extra-hour expectations. That’s always been the case, but now even professional hospital shifts are becoming fluid, with the hours assigned to nurses being calculated on a matrix which considers patient head counts and diagnosis rather than employee expectations. New “fair scheduling” legislation is changing that. San Francisco became the first city in the U.S. to pass fair-workweek legislation in 2014, but 2016 saw the bigger gain with commitments for legislation coming out of Seattle, San Jose, Washington D.C. and even New York City, each with its own flavor or class of worker appeased. The Center for Public Democracy is spearheading the uphill challenge, calling for cities and states to lead the way for the Fair Workweek Initiative.

Meanwhile, a handful of major U.S. retailers already have voluntarily suspended unpredictable scheduling practices. Why? Part of the reason might be that some state attorney generals are querying employers known for shuffling hours; they are asking for a report of the company’s “on-call” scheduling practices to see if it is consistent with existing state labor compensation laws.

The 8-1 versus 9-5 workday experience. Could less really produce more?

The thinking behind the push for a five-hour workday is based on the Pareto Principle, or the 80/20 rule discussed in past blogs. Basically, you can take almost anything and apply the principle to it, which would mean that 80% of the company’s work is accomplished in 20% of the day, or by 20% of the workers, etc. But it’s just simple logic that human beings will promise to work harder and focus a little better in return for working less hours for the same salary.  However, most companies also hire hourly workers, so how do you offer parity between job classifications and keep the business open for clients? How this all works is being championed by Stephan Aarstol, author of “The Five Hour Workday: Live Differently, Unlock Productivity, and Find Happiness.” He’s not alone however; the “experiment” is reaching movement status as more companies adopt it.

American Express recently made business headlines with its announcement that effective this past January, employees with one year’s tenure or more could stretch its fully-paid parental leave time from six weeks to 20 after welcoming a new baby into the family. The company expects a return on investment by being able to attract and retain top Millennial talent with that lure. While smaller companies can’t afford such a generous benefits program, watch for greater benefits competition in this specific category, which is welcome news for new parents suffering from separation anxiety.

We’ll be reporting on what’s wanted and what’s actually granted in future articles.