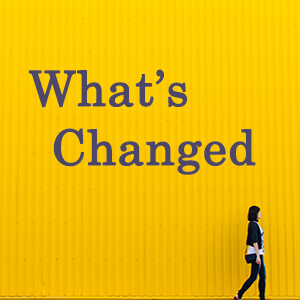 We all remember our first “big girl” job out of college. It may not have been exactly what we wanted to be doing, but we had to start somewhere. Adapting to a new work environment can be challenging, but however unbearable that starter job may seem to you now, without it, you wouldn’t have the same appreciation for your current role.

Take, for example, our Director of Sales, Kristine Keip. She has been with TDS since 1998 and has witnessed firsthand some of the major changes to the telecommunications industry.

The telecom industry hasn’t always been as simple as picking up the phone and dialing the number for a business you found via Google search. No, once upon a time, you would dial 411 to be connected with an operator in order to be redirected to the person or business with whom you are trying to reach. Although directory assistance still exists, the need for them has drastically reduced. When I asked Kristi, who started as a Directory Assistance Operator, she smiled and laughed thinking back.

As an operator, she experienced a strict work environment. From being measured on how many calls she took each day to making sure each call stayed within 20 seconds—to even being timed on her bathroom breaks to ensure she was back in her seat with an active phone ASAP! With enhancements in the telecommunications industry, the need for such roles is diminishing. We now see the transition of customers being managed and handled by a specific sales rep that specializes in the needs of their customer base and is able to provide them with local support.

By being willing to adapt to this ever-changing industry, Kristi transitioned from a Directory Assistant Operator with Ameritech, to landing her first role with TDS as an Account Coordinator. Throughout her time with TDS, Kristi worked her way up from an Account Coordinator to Account Coordination Manager, and then to a Market Manager. She later became the District Manager, which then landed her where she is today, as the Director of Sales.

So what hasn’t changed in this industry? “The need for reliability, if a phone service goes down, it’s amazing how it’s life or death for customers,” said Kristi. They still want reliability and to know when they pick up a phone, or log in to their computer, that that service is going to work for them.

I then asked if she had any advice to give to young business professionals just starting out. She replied, “Be a good listener, put in your time. Good things will happen to you if you work hard and show that you really want to be part of that organization and get things done.” She continued, “As hard as it is, when you want everything right away, it’s not always going to come that fast. But if you put in the time and do a good job, I just think that’s crucial.”

Kristi shared with me a sort of “love story” about one day at work when the colleague sitting next to her, was on a call saying, “Oh no, this is Kris…you probably mean Kristi, she’s sitting next to me.” She handed over the headset letting her know the guy on the other end wanted to speak with her. Upon putting on the headset, the voice on the other end wound up being a guy she was seeing, asking her where she wanted to go that night for their movie date. Although directory assistance was nation-wide, his call had somehow ended up in the Madison, WI office, and he just so happened to be speaking with an assistant who was sitting right next to his target audience. Telecommunications isn’t the only thing to be affected by time, it’s changed romance too!

And the survey says… what Millennials think about their companies, managers
Should you be the hero of your company’s story?