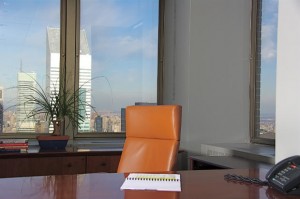 How vulnerable are companies to executive brain drain? Dell may have answered that question with its recent announcement that it approved payments of $91.1 million for executive retention bonuses to keep key staff while pursuing a $244 billion buyout opportunity. It’s a clarion wakeup call that a concerted effort to retain experienced senior staff is smart business, particularly when baby boomer executives are retiring at record numbers and carrying institutional intelligence out the door with them.

What’s the problem for status-quo operations, since a frustrated younger workforce is already queued up for jobs in a tight labor market? The dilemma and not-so-hidden cost of the boomer exodus is still the expected return on investment. Seasoning adds measurable market value. As one straightforward example, Kellogg professor Benjamin Jones noticed a significant and growing correlation between age and invention (i.e., measurable results) for companies or public institutions employing scientists. Research findings: “Before 1905, about two-thirds of [Nobel Prize] winners in all three fields did their prize-winning work before age 40, and about 20 percent did it before age 30. Today, the average age at which physicists do their Nobel Prize-winning work is 48. Very little breakthrough work is done by physicists under 30.”

Socioeconomic research by a cluster of other institutions is also proving the hypothesis that, collectively, boomers are in fact a new breed of retirees who retool as often, if not more often, than they retire. Many 60-somethings will turn their backs on traditional snowbird scenarios this year to instead start companies. In fact, according to the Kauffman Foundation, in 2011 older entrepreneurs launched almost 50% of emerging startup businesses in the U.S. Almost a quarter (21%) of new enterprises were started by people aged 55 to 64, and entrepreneurs between the ages of 45 and 54 accounted for an additional 28% of the 2011 startups. That is a much larger segment than the 20- to 34-year-old bracket, which accounted for 29%.

Meanwhile, with regard to senior-level replacements, more than 40% of new-hire CEOs now flame out in the first 18 months, according to FP Executive – a rate that holds true for other key management slots as well. The failure rate isn’t flat, either – it has shown a startling 300% increase in the past decade. The FP Executive article cited above also notes that “this spring, the Harvard Business Review reported that 25% of the highest potential leaders in any given company plan to jump ship within a year.”

With the stakes so high, and brain drain a significant and growing complication, organizations that can’t afford to return 100% of salary as a bonus (as Dell is doing for some of its top execs) need to be more creative in structuring executive retention benefits. One such opportunity or strategy might be to purposely blur the line between traditional manager-as-employee roles and entrepreneurship, best described as intrapreneurism: entrepreneurial behavior within the corporate environment. In that scenario, a more flexible consultant relationship may be more practical. When key employees announce plans to retire or leave, being open to the idea of changing the relationship to capitalize on their skills and counsel but also to reduce their staff management obligations may provide a different option with new opportunities for both parties.

Richard Branson, writing for Entrepreneur, references another form of organic intrapreneurism: “If someone comes to you with an idea for a business, why not ask that person to launch a startup? This has helped us to enter new markets and, more often than not, succeed. Your company should act as a springboard for ambitious employees, not a set of shackles.” Adopting intrapreneurial opportunities into the workplace culture could be a bridge for company-wide employee engagement, as well as a golden leash (versus handcuffs) for executive members who might be thinking of leaving your business to start their own.

Conversely, Daniel F. Spulber, a professor at the Kellogg School of Management, in writing The Innovative Entrepreneur, reminds us of the story of Shuji Nakamura, the engineer who invented blue, green, and white light-emitting diodes (LEDs) and the blue laser. An overlooked intrapreneurial opportunity taught his employer, Japanese firm Nichia Corp., a very expensive lesson. “Nakamura purchased the machine needed to manufacture the LEDs, took it apart, and reconfigured it until he made it do what he wanted it to do,” Spulber explained. In a recent Kellogg report summarized by Peter Gwynne, Spulber related the unhappy ending: After Nichia paid Nakamura a bonus of $180 for his discoveries, “Nakamura not only sued the firm, eventually settling on a $9 million payment; he also decamped to the University of California, Santa Barbara.”

Everyone is gathering statistics, and so we have the luxury of making intelligent decisions. For example, the 2013 employee engagement study just completed by Dale Carnegie Training reveals that 39% of the employees surveyed say they will likely leave their jobs in the next 12 months. Where will they go, who will replace them, and at what cost is something to consider now.

Have a business question for Jody? Email your topic or question today!

Modern Seinfeld, modern phone systems, same old shenanigans
The must knows of marketing: Back to basics