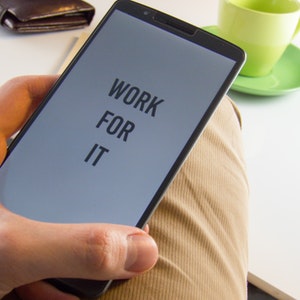 Robert Jordan might well have written the message on the cutesy sign posted at one of my favorite restaurants: “The only thing more overrated than natural childbirth is the joy of opening your own business.” Indeed, birthing Idle Free Solutions nearly cost Jordan his sanity, his financial security and even his marriage.

However, Jordan was a man with a mission to provide the world with a solution to truck and bus idling exhaust, and his “overnight success” with idle-free technology was, in reality, 20 years in the making. But all that is in his rear-view mirror now, and this former truck driver has been rewarded with accolades, business and financial success, and perhaps most important, he feels like he’s contributed his part to saving the planet. Equally satisfying, Jordan admits, is the validation that his “craziness” was actually brilliancy rather than obsessive lunacy, as his family and friends were beginning to fear.

To understand his journey to the summit, you first should know a few things about Robert Jordan, such as the fact that he’s like a dog with a bone when he gets an idea. His first idea, for example, was to take advantage of all his time on the road. Rather than “lose” the time away from his family by daydreaming and listening to the radio, Jordan — whose formal education ended with high school — used his drive time to learn the equivalent of a couple college master’s degrees. Before online learning, there were books and courses on tape available for purchase or loan, and he was an avid student in the areas of engineering, physics and general knowledge, accessing courses from colleges and libraries. It was not about earning college credits or a degree; it was all about acquiring knowledge.

The more he learned, Jordan says, the more he wondered. Mostly, he wondered why “they” (the big battery manufacturers) couldn’t find a way to use a truck’s battery to allow a truck to stop “idling” and, instead, go to accumulated battery power when fuel wasn’t injected to make the truck go. Trucks had to run engines all night to maintain cab temperature for sleeping, or electronics for comfortable long-haul trips. All that gas wasted, and fumes emitted! Surely there had to be a technological solution.

And that question, that challenge, became his favorite bone. Jordan spent hours of precious family time in his basement alone, tinkering with ideas and equipment. He invested in models and more equipment, bigger batteries, whatever it took to test his theories. And then he did it: he found a solution.

The business lessons Jordan passes along are these: (1) learn everything you can about the playing field you want to enter – from the nuts and bolts to the highest theories; and (2) have faith in your own abilities; but (3) know when to hire expert help for those things outside your core passion and area of expertise. Because the very first thing Jordan did after founding a company was to hire a CEO to handle the business aspects of bringing his product to market, while he stayed on as Founder and Chief Technical Officer. Jordan also tested his ideas and projects in every arena he could, winning both the Minnesota and Wisconsin Governors’ Business Plan contests, which added money as well as validity to his ideas.

Today, trucks and entire school bus fleets can be (and many are) outfitted with Jordan’s idle-free engine solution. Newer cars now share a similar technology. Much of the credit for emerging technology and refinements is attributed to this doggedly determined man with a vision to see it through. And that makes Robert Jordan a business success case study worth knowing and replicating.

Should you be the hero of your company’s story?
Making Decisions: When and how to move a team toward action