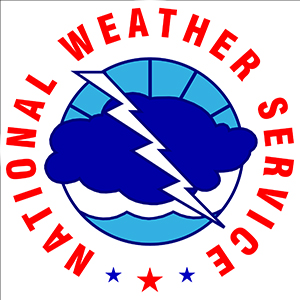 Severe weather alerts: what they could mean to your business

In 2017, the U.S. was impacted by 16 separate billion-dollar disaster events including three tropical cyclones, eight severe storms, two inland floods, a crop freeze, drought and wildfire. Can’t happen where you live? The odds are that weather not only can, but it will affect your business in the next five years, based on changing climatic storm patterns.

Even more alarming, it’s estimated by FEMA that 24% of small- and medium-sized businesses permanently close their doors after being hit by a major storm, and 40% close after being challenged by an unexpected disaster. Additionally, says Climate.gov,  “During 2017, the U.S. experienced a historic year of weather and climate disasters” which set a new annual record cost of $306.2 billion.

FEMA has also released it’s finding on the effects of 2017’s Hurricane Irma, just one of those disasters: Approximately 2,108,378 businesses across 48 counties in Florida were potentially impacted, and another 37,784 were in the storm’s path across seven counties in Georgia. While not every business closed due to structural damage, the lucky ones “only” lost power for a number of days and/or experienced “only” minor flooding.

You might think the chances of your business closing due to a weather-related incident are too small to bother with a disaster plan; however, let me share a true and personal cautionary tale. Our family’s $1.25 million Denver-area business employed 25 people. Margins were tight, so while I bought standard business and property insurance, I neglected to purchase the additional business-interruption premium.

Then, in the middle of an otherwise glorious summer day, the company’s roof was nearly blown off by a powerful tornado. Insurance reimbursements covered the physical repairs, but not the $3,000 per day cost of lost business.

Five months later, Denver was hit with a record-breaking blizzard. Five of us brought sleeping bags to work, vowing to keep the business open at all costs. Then the Governor declared a state of emergency, prohibiting citizens from driving four-wheeled vehicles on city streets for days. Customers couldn’t get to us and we couldn’t get home. That blizzard marked the second time I had to take out a signature bank loan to cover payroll.

Don’t stop with business interruption insurance; that’s one tool, but it’s not a plan. The New York Department of Financial Services investigated more than 100 complaints related to business-interruption insurance denials in the aftermath of Hurricane Sandy. Because of the hassle and cost (beginning at $10,000 for attorney’s fees) to challenge insurance denials, only a fraction of the number of businesses who were actually wrongfully denied coverage ever recouped help.

If you’re a managedIP customer, it’s worth noting that you can always stay prepared for when disaster strikes your business. You can actually get all the details in May’s managedIP webinar. Just click here to listen!

With 20/20 hindsight, I’d like to point you toward FEMA’s advice and its disaster plan template as your first line of defense. You can’t prevent or even anticipate weather disasters but having a core disaster recovery plan can go a long way toward settling your nerves when the wind starts howling outside your office and you look up and see the sky (where the ceiling should be).