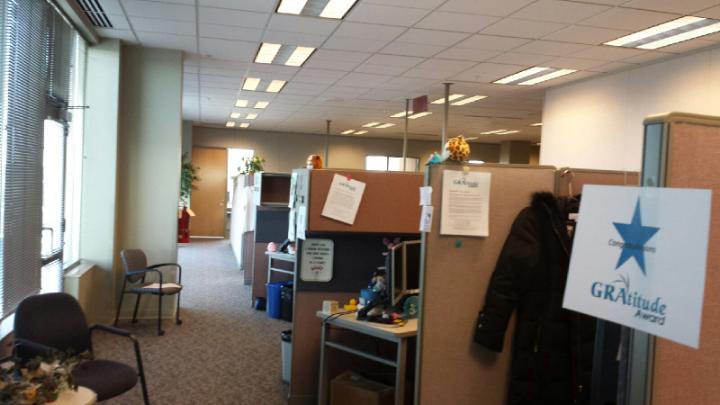 Do you know why I enjoy working from home or remotely? I’m not confined to my cube! Everyday 60 percent of Americans go to work and spend eight hours in a box. It shouldn’t come as a big shock that 93 percent of workers despise cubicles according to Yahoo! Finance. Nikal Saval, author of the book “Cubed” says the cubicle, “connotes dread, hatred, the terrible white collar life.”

I can’t say I completely agree with Nikal’s sentiments. I do, however, think spending a long amount of time in any confined space will take its toll on everyone, no matter their mental fortitude. That’s why this week the communications team at TDS Telecom said bye, bye to the walls that divide us and so far so good. 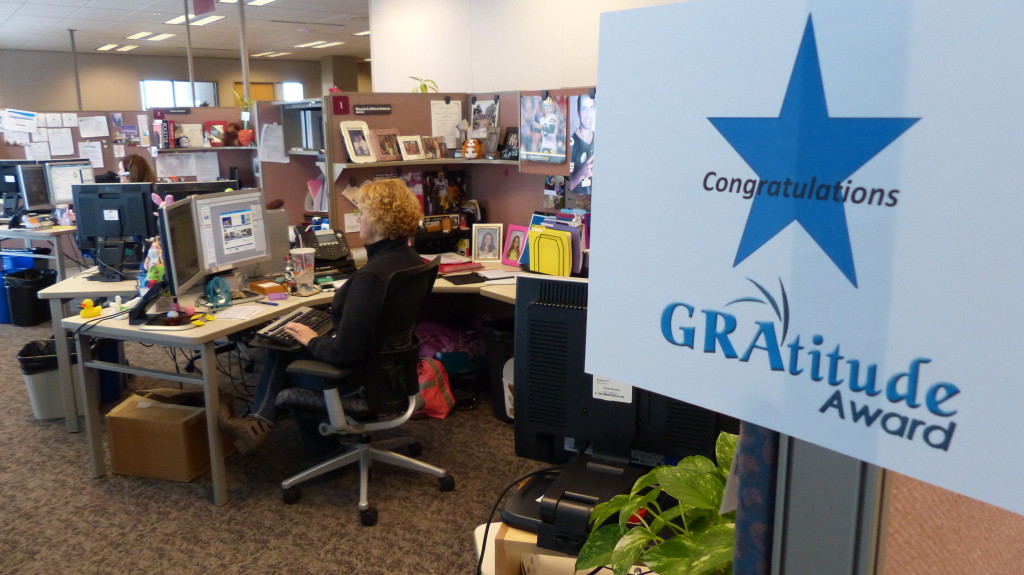 However, like most things there are positives and negatives. Let’s start with the good.

More light
The communications team at TDS is pretty lucky. Our cubes are near windows. So we do get some natural light (not that you see the sun a lot in January in Wisconsin). But before the walls came down it could feel a bit drab. Just about everyone on the team agrees that things feel, “lighter” and more “airy.”

Better communication
The nice thing about having the walls down is we no longer have to get up to ask teammates questions or verify information. We can just ask from our work stations.

Increased collaboration
It’s only been one week, but I would say we’re already collaborating more. Here’s a good example. Thursday morning I was drafting a message to share with our followers on Twitter and Facebook and I wanted to get some feedback. Instead of getting up and gathering people or calling everyone over to my cube I just asked for help and read what I had aloud. Boom¬––instant feedback.

More efficient conversations
Despite the fact that cubicles don’t have ceilings or doors people still think they offer privacy (Tip: Cubicles offer very little to no privacy. They only give the illusion of privacy. Everyone can still hear your conversation and every single keystroke.). When people think they’re in private they tend to gab just a little bit longer. But when it’s evident your conversation can, and most likely will be overheard, people tend wrap things up a bit faster, and in some cases, just hold off on that conversation all together.

Getting reactions from people who walk by
Am I weird for finding this slightly amusing? Maybe. Our new working arrangement is quite the conversation starter. Just about everyone who walks past our new space stops to comment. The overwhelming majority of people say there’s no way they could work in a similar environment. That sentiment is normally followed by questions about our sanity.

Talking to one of us means you’re talking to all of us
It’s rare, but on occasion, someone does come to our area to speak to someone other than me. Well, at least they used to. Now, if you come to hold a conversation with one person on the team you ultimately end up having a conversation with all of us. Why? I’m not exactly sure just yet. I can tell you that almost every time someone has swung by to talk with one member of the team they’ve ended up talking to the whole team.

More light
I know I listed this as a positive, but if I’m being honest I’m just not a big fan of the outdoors. The reasons for my strong dislike of the great outdoors are vast (I’m afraid of bears and they live outside so I stay inside. Actually it may really just be because of bears.). 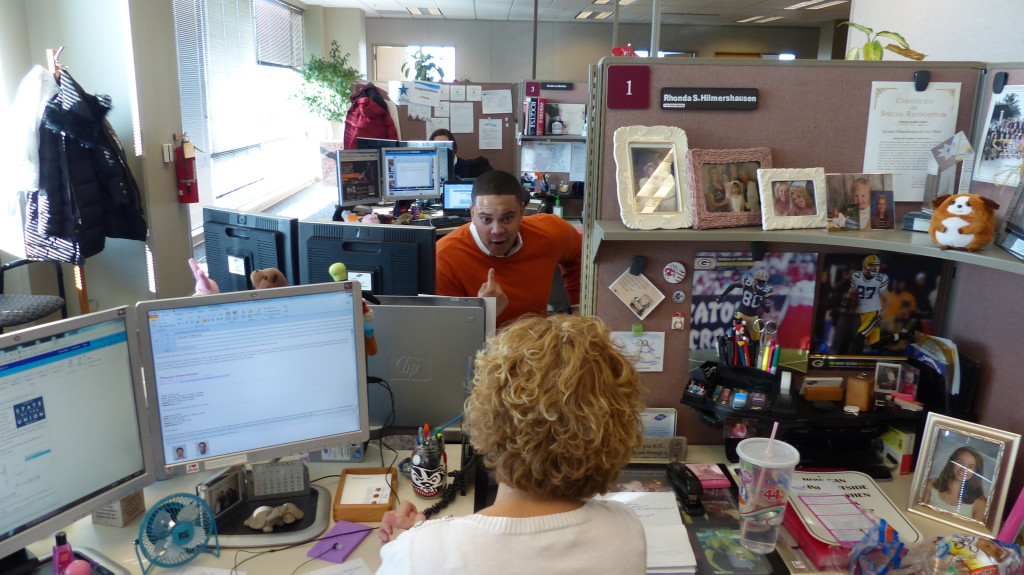 With no walls to separate my coworker Rhonda Hilmershausen and I, we frequently find ourselves engaged in accidental staring contest. This happens several times per day and I always win!

So what do you think? Have you tried a radical change to your work environment? Have you torn down the walls? What was the result? Leave your thoughts in the comments section. Oh and don’t forget to subscribe to the blog.

5 Responses to Tearing down walls