The importance of creativity at work: 4 tips to be more imaginative 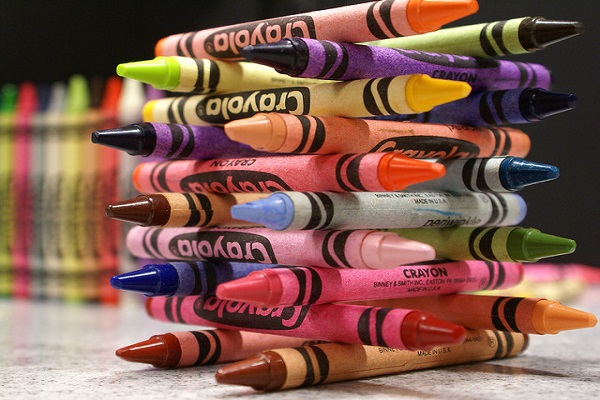 I saw the Blue Man Group at the theater in Chicago recently. I didn’t know what to expect because I had little prior knowledge, but it was one of the most creative things I’ve ever experienced. It’s hard to put it into words but if you haven’t seen the show, it’s led by three bald, ‘Blue Men’ and is an eclectic mix of art, music, drumming, comedy and technology, plus a lot of audience interaction.

I left inspired that its creators were imaginative enough to dream up and develop such a unique concept. It reminded me of the importance of creativity which, of course, plays a key role in success in the business world

Sadly fast-paced working lives can sometimes stifle creativity. Countless emails, meetings, deadlines and reports can make unleashing your creativity a challenge at times, whatever industry you’re in. Here are four tips to get your creative juices flowing:

1) Stand up
Sitting at a desk all day is one of the worst things you can do if you want to be creative. A Stanford study in 2014 found that creative thinking significantly improves while a person is walking and shortly thereafter. Other studies have shown that just standing can boost creativity too. It’s perhaps one of the reasons that great ideas often come to us in the shower or why standing desks – and even fitness treadmill desks (no thanks) – have become a trend in the workplace.

2) Drink water
Dehydration can prevent creativity. Be sure to drink enough water throughout the day too, otherwise you’ll suffer from sluggishness and creativity levels will plummet.

3) Be inspired
Broaden your mind and other perspectives by soaking up as many creative, artistic experiences as possible. Whether it’s watching shows like Blue Man Group, viewing independent movies, visiting galleries, photography exhibitions and museums, or traveling to a different culture; there’s a world of creativity out there just waiting to stimulate your senses and influence your own creativity.

4) Be child-like
Children are the most creative people in the world. I think back to the imaginary games I would play as a child and I’m in awe of what I’d be capable of dreaming up. As we grow older and take on the ‘adult’ role, many of us lose the ability to let our imaginations run wild. In the PR and social media world, I have regularly had to brainstorm ideas for pitches and clients – at first it was daunting, I was afraid my ideas might be laughed at – but I soon learned that there was no such thing as a bad idea. The only thing bad was not coming up with an idea.

Generation anxiety at work: Age difference or attitude?
Does your small business suffer from E.O.?