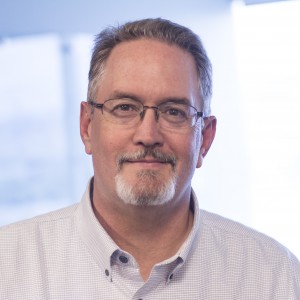 Those closest to the work know it best

Recently, I was listening to Morning Edition on NPR and discovered a very interesting interview Steve Inskeep had with urban scholar and editor at the Atlantic, Richard Florida.

Florida had some great suggestions for improving the lot of the 60 million service workers in cities all across the country. His suggestions could ultimately make our cities more competitive and boost the wages of everyone without an artificial government initiative. After all, government can only fund so much.

Florida argues efforts to make our service workers more productive will do this—just like we did with manufacturing. He argued that when we organized factory workers in teams and got them involved in quality circles productivity increased and factory worker pay increased.

“The workers know best how to do their jobs,” he said.
Florida argues that listening to the workers and making them a part of the solution, and not just inside factories or with high tech workers, but with the entire workforce is the path to prosperity in the future. I have been beating this drum regarding knowledge workers for years. It just makes sense for the entire workforce.

We’ve all experienced times when we felt like the boss was a little out of touch with what life is really like on the shop floor. I’ve read countless anecdotes over the years that demonstrate how major innovations were achieved because someone was willing to listen to a suggestion by one of the “worker bees.” Not long ago, Lendio CEO Brock Blake described a challenge he wanted everyone in the company, regardless of their role, to give some thought to. If two heads are better than one, how much more powerful are 30 or 40 heads working on the same question?

Those closest to the work really do understand it the best. They should have input into how they can be more productive. Over the course of my career I’ve observed that when companies empower their employees to step up, make suggestions, take ownership of their roles, and perform at a higher level, they do.

For example, one of the members of my team took a recent assignment and really took ownership of it. I intentionally stayed out of his way to see what he would do with it. Upon completion, the work he had done was everything I had outlined and more. He knew I trusted him. He knew I had confidence in his ability to execute. And he didn’t let me down.

Emerson said, “Trust men and they will be true to you; treat them greatly and they will show themselves great.”I witness this among my colleagues every day.

How about you? If you run a service business, I’d love to hear your take on this.

Why, and how, to craft a Facebook contest
Why Madison? It’s not in the Silicon Valley