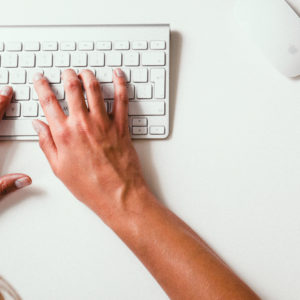 What job applicants are saying online about bad candidate experiences…

While some companies are just coming around to the fact that online customer experience comments can make or break product sales, those firms more at home with consumer technology are now strategizing around a new review process: the candidate experience. A 2016 Future Workplace study revealed that of the 60% of job applicants who left a candidate process feeling frustrated, a whopping 72% went online to comment or rank the company on employer review sites such as Glassdoor.com.

H.R. professionals are learning to check the “Interview Experience” rating on these sites. For example, Epic Systems, a major software development company, earned 56% positive interview evaluations on Glassdoor.com, with 36% “neutral” rankings and only 6% “negative” responses. P.R. executives as well as H.R. leadership will want to determine a company’s tolerance for negative reviews and set company-wide goals for positive rankings.

These review sites also encourage applicants to provide a sample of the interview questions they were asked, to help prepare a future applicant pre-interview. One candidate confided that when he interviewed with a major bank, which was named, he was asked, “If you were a kitchen appliance, what would you be?” He didn’t give the firm a high ranking, as you can imagine, so it might also be a best practice for H.R. staff to review candidate questions before the actual job interview.

What’s the top gripe? It’s a no-brainer and yet the most common and consistent finding — not being kept apprised of one’s application status. Whether the applicant was the furthest thing from qualified for a position, or your second choice for the job, a “no thank you” is more than a courtesy; it’s an insurance policy against a public slam for poor communication policies.

Likewise, Career Builder’s Candidate Experience Study, which tracked more than 800,000 job applicants, found that the candidate experience played a critical role in the candidate’s decision to accept a subsequent job offer – and it also greatly influenced the likelihood of whether or not the applicant would purchase products or services from that firm in the future. Again, it was found that 44% of the “no thanks” applicants didn’t even merit a response from the company – it was just inferred by a lack of information that they weren’t accepted. In summary, there is more at risk than a disappointed job seeker; the company has also lost potential and actual revenue.

Another negative comment that’s far too common: The recruiter isn’t even excited about their company. This complaint was cited by 21% of Career Builder respondents, and 17% didn’t find the person to be very knowledgeable about the organization they represented. Another gripe: 15% of the job candidates believed the recruiter acted in a less-than-professional manner while conducting the interview.

All of these complaints and practices deserve an ear, and if the H.R. Department isn’t savvy to the complaint, the rest of the world may soon be. Something to consider.