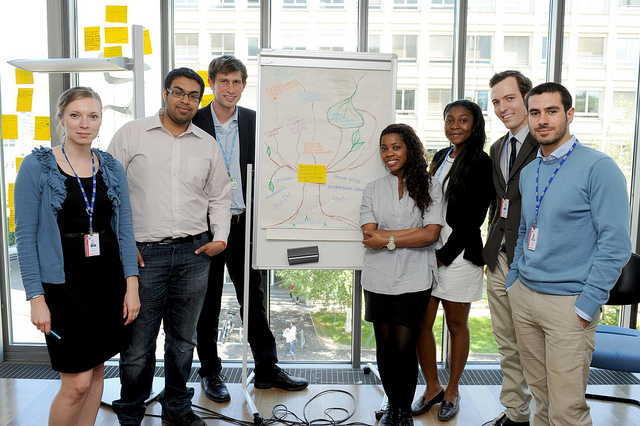 Millennials (18 to 34 year olds) want a lot out of their work place. According to this article which appeared on Forbes.com millennials would like to be their own boss, prefer a collaborative work-culture and want flexible work schedules. In fact a full 74 percent of the millennials surveyed say they don’t want to work the traditional nine to five.

Why don’t millennials want to commute to work and spend eight hours in a box? I think my fellow blogger Jackie Nagel put it best in one of her recent posts, “Work-life balance is a sham.” People are working longer days and the boundaries that used to exist between home and work are bleeding together. In some cases they’ve already been obliterated.

According to Time.com millennials, more than any other group, are the unhappiest when their work-life balance gets out of whack. As a result they’re willing to take a pay cut, pass up a promotion or even relocate to better manage their time.

So why should your business try to accommodate a generation that’s frequently accused of being self-indulgent, technology loving slackers, who still reside in their parent’s basement? Well, for starters you’re going to need them!

The American Association of Retired Persons (AARP) says about 10,000 people per day reach retirement age (65). When those professionals leave the work force there may or may not be anyone to replace them. That’s because there isn’t as much interest in certain industries as there once was. Take the insurance industry for example. In an article that appeared on NPR’s website Sharon Emek, who sold an insurance business five years ago after three of the four partners reached retirement age says, “The average age is in the late 50s in the this industry.” She adds, “It’s a big crisis within the industry where they’re trying to recruit young talent and keep young talent.”

That same NPR article says employers are offering older workers more attractive health care packages and flexible work hours to coax them into sticking around a little while. Employers may want to consider extending those flexible hours to younger employees in hopes of attracting and retaining them.