Why pairing bad news with a smile is good business medicine 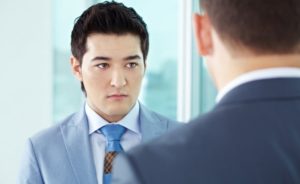 Photo courtesy of Create Your Career Path with Hallie Crawford

Imagine you’ve been asked to give a presentation to a group that you know will be resistant to the message, or, equally hard, imagine you need to deliver a negative performance evaluation. How can you inspire the person(s) on the receiving end to hear your good intentions? People lower guards and cooperate more fully if they trust the speaker, but how can you instill trust while delivering bad news?

Smile. Before delivering hard news, focus on your mission: to help overcome whatever the problem is. You are a positive change agent. That role should make you smile, which is key to being perceived as trustworthy, according to a study conducted by Elkins & Derrick. These researchers measured reactions to different “conversational agents” and report that speakers who smiled while talking were rated as more “trustworthy” than those who adopted a serious expression. The amygdala area of the brain makes seemingly instantaneous decisions about trustworthiness based on facial recognition or facial expression; a study by Todorov using MRI scans showed a direct correlation between happy expressions and feelings of trustworthiness.

Slow down. Most of us want to rush past bad news, but this actually increases audience anxiety. Consider a study conducted at the University of Houston, in which oncologists were recording giving patients the horrific news that they had cancer. The physicians who lowered their speaking rate and pitch were perceived by their patients to be significantly “more caring and sympathetic” than those who spoke in a normal tone at a more normal rate of speech. Studies also show that a slow voice can calm feelings of anxiety, whereas a fast or loud voice stirs feelings of fear.

Maintain casual or “gentle” eye contact. Staring at your audience with laser beam focus raises its suspicions, while avoiding eye contact – a tendency we all have when delivering bad news – makes us appear unsympathetic. Huntington and Kuhn found that malpractice claims significantly rose when doctors were not perceived to have a sympathetic bedside manner, and the key measurement cited as indicative of empathy was eye contact. Psychologists suggest that speakers who want to be believed (and liked) practice the art of gentle eye contact, which means that you actually try to reach out to your audience through your eyes, but not so intently that they find you psychotic.

Adopt a “human-oriented” approach rather than a “task-oriented” demeanor. In other words, while the message is being delivered for the good of the company, you want to craft and deliver a message which conveys you care about the people, too. Research by de Vries and others clearly shows a correlation between delivery styles, with “human oriented” speakers having the best reception. Rather than weakening your leadership role, expressing empathy actually increases an audience’s desire to follow your lead, share information, and listen to your message. Also be mindful that clenched fists or nervous fidgeting signal stress, causing an audience to mistrust your words. Use your hands to underscore empathy for the listener and confidence in your direction or solution.

Use concrete nouns and action verbs. Don’t hide behind a veil of rhetoric. The more difficult the message is to understand, the more likely it is to be resisted. Use the simplest language possible; it’s much more likely to be heard as “real” versus patronizing or, worse, a lie.

Finally, end on a positive note such as this: yes, delivering bad news is hard, but if you can do it in a genuine, relaxed manner that is respectful of your audience, it will foster your role as a trusted leader.

Where in the world do you work?
Why we like TV better with commercial breaks…