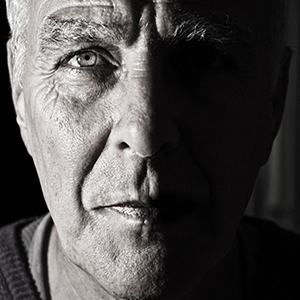 Retirement: It’s a process, not a “quit”

In a study of 100 retirees, Dr. Nancy K. Schlossberg, EdD, found that retirement is not one single act, like we may traditionally have thought of it, but rather it involves many transitions. How successful people are at adapting depends, in large part, on these factors: health; wealth; pre-planning; expectations for retirement; pre-existing work/life balance and roles; timing; the degree to which work has been satisfying; and the degree to which a meaningful life is established.

Based on her study with retirees, Dr. Schlossberg identified the following ways in which people approach retirement:

Personally, after an early retirement at the magazine where I served as Publisher for nearly half of my working life, I first became a continuer as a business consultant with a portfolio of active clients. After a relocation to another state, I switched to adventurer and founded an activist citizen’s group and we rehabbed a city train depot, among many other projects. When I again relocated to Florida to “semi-retire” in a more serious manner, I paired the adventurer’s role with that of searcher, trying out new social clubs, learning new skills, and figuring out where I fit best – where I could use my skills in new ways, and I guess that’s where I’m at today.

Or perhaps I’m becoming an Easy Glider, since this is my last column for TDS as I formally “retire, retire” with this final blog. I’ve reached the age I pre-planned to retire, and I have my health and sufficient wealth because, hey, I won’t need work clothes and to attend fancy dinners or pony up for yet another golf outing or required social engagement. I recently met a lot of great people through a very active newcomer’s club where I learned to play Euchre and Mexican Dominoes. I’m practicing piano and I think I’d like to finally learn to read Tarot cards for the heck of it.

Most of all, I’ve written over 500 business columns for various outlets in the past five years, since saying goodbye to a publishing career and semi-retiring, and now it’s time for me to leave the running of businesses to you all (or y’all, as I’m learning to say) and glide into whatever my higher power has in store for me for the next chapter.

But before I go, I want to thank you, dear TDS Reader, for your eyes on my work. I hope, in some small way, it has helped you. I know you have helped me with my transitions these years.

2 Responses to Retirement: It’s a process, not a “quit”