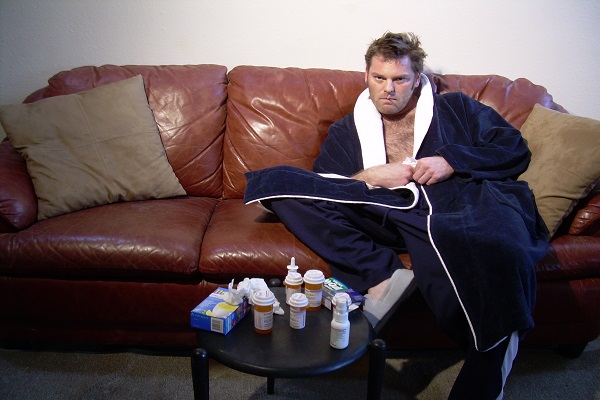 This month on the business blog we’re focusing on creating #goodbizhabits. Before you can develop good habits, I think you first have to identify bad ones. Here’s a list of some of the most common workplace fouls you should try to avoid in 2016.

Coming in sick
June 11, 1997, I remember it like it was yesterday. Michael Jordan, arguably the best basketball player ever, and the Chicago Bulls were tied 2-2 with the Utah Jazz in the NBA Finals. The series was tied but, Utah had all the momentum. The Jazz were coming off back-to-back home wins and game five was also in Salt Lake. As if that wasn’t enough, MJ was experiencing flu like symptoms. A lot of people, myself included, thought the Jazz would head to Chicago for game 6 riding a three game win streak. We ever wrong!

Despite those flu-like symptoms, Jordan elevated his game like a Phoenix rising from the ashes. His Airness scored 38 points, snagged seven rebounds, dished out five assists, racked up three steals and blocked one shot. The Bulls would go on to win 90-88.

According to a 2013 survey from Staples, Jordan, like 90 percent of American workers, went to work even though he didn’t feel well. Of course Jordan didn’t have an option. He couldn’t just work from home. You can. Thanks to technology you can keep your germs at home and still be productive.

Responding to emails immediately
According to this article, which appeared in the Washington Post in 2012, people spend 28 percent of their workweek reading, writing, and responding to emails. That’s more than 11 hours a week!

I would suggest setting aside time each day for email. I check and respond to my electronic messages twice per day––once in the morning and then again before I leave. That’s it!

Working through breaks
In February of 2014 the New York Post reported about 50 percent of workers take 30 minutes or less for their lunch hour. Another 29 percent work through lunch. Daryl Pigat of OfficeTeam, the organization responsible for compiling the startling data, says a big chunk of the people who do take lunches, really don’t take a break. They remain connected via their smartphones.

Jayson Demers from Entrepreneur.com strongly advises against this behavior:

It often seems like a good idea to work through your breaks to get more done, since it’s basically a free hour or two to add to your total workday. However, working through breaks can take its toll on your psyche and productivity. As an entrepreneur, six hours of great work is better than eight hours of okay work, and you definitely don’t want to run the risk of burning out.

Multitasking
According to Neuroscientist, Dr. Daniel J. Levitin we take in five times more information every day than we did 25 years ago. That’s the equivalent of reading 175 newspapers from cover to cover. In a report that appeared on ABC (Australian Broadcasting Corporation) TV’s website Dr. Levitin calls the multitasking myth “one of the most damaging illusions of the Internet age.” As a matter of fact, Levitin says multitasking doesn’t really exist.

We think that we’re doing all these things at once but the brain doesn’t work that way. Every three or four seconds we switch to another thing, we are paying attention to one thing and then the next and then the next and then we come back around again to the first. All of that switching comes at a neurobiological cost. It depletes essential neuro-resources that you need for actually doing things.