Hypnotic suggestion in the workplace? Why seeing is believing. 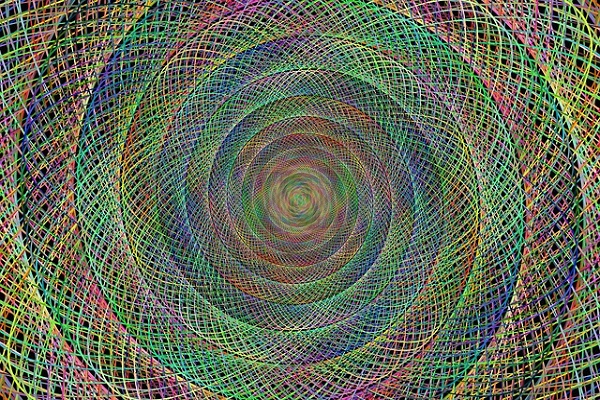 What if you could harness imagination? What would it mean to you if you could actually tap into greater creative energy, propel your inner life to greater heights, or sharpen your powers of concentration? If you became a more innovative person, how much more valuable would you be in the workplace?

Psychologists have long accepted that hypnotic suggestion effectively taps into our ability to focus or refocus – to tune out external distractions and internal barriers to problem solving so that we immediately can perform at a higher level. Today, hypnotherapy is a common treatment for everything from chronic pain to sexual dysfunction. But it’s what happens beyond the clinical setting that’s perhaps most captivating and relevant to CEOs. For example, studies now have proven that hypnotized subjects are able to solve a problem in three seconds that takes all others in the room three minutes to answer. Hypnotic suggestion is, in fact, one of the most effective tools used to inspire attitudinal and behavioral change.

Tom DeLuca, founder of ImaginACTION, is nationally recognized as one of the best at using hypnotic suggestion as a workplace change agent. While earning a Masters’ Degree in psychology from the University of Illinois, DeLuca began using hypnosis in clinical settings. Soon he was juggling requests for group sessions, which led to the stage tour circuit and four-time recognition as National College Entertainer of the Year. His reputation then led to bookings on major television shows. Today his primary interest is the corporate arena, where he’s hired by Fortune 500 companies as diverse as Microsoft, Blue Cross Blue Shield, Nike, Deloitte, and The Los Angeles Times to increase camaraderie and employee innovation.

Explaining his process, DeLuca noted, “I don’t use hypnotic suggestion to ‘control’ people’s minds. I do use an extravagant stage show backdrop because it immediately engages the audience and piques its interest, but I do use hypnotic suggestion to teach participants how to focus their energy, self-confidence and creativity to maximize personal productivity. We marry entertainment with relevant content. We use humor, making sure everyone is comfortable, and participants can see how opening up to the process – to the experience of audience interaction and the imagination — actually works.”

One of the key points, DeLuca added, is that he hypnotizes people known to the organization who share experiences and a collective humanity with the audience. “That makes the experience transformational for the group as a whole,” he said. “I want all of the participants to leave with an understanding of how their subconscious really influences what they do, and how they can then influence themselves to more fully enjoy work, which increases any company’s ROI.”

Because of his show’s entertainment value, DeLuca usually relies on booking agencies for corporate gigs. Initially, there was some resistance from those serving corporate clientele. Explained Mary Beth Rebedeau, [former] Executive Director of the Society of Independent Show Organizers, “Many CEO Summit attendees are C-level executives who are bright, pragmatic and successful. Most, including me, were skeptical of the whole process.” However, after DeLuca was invited to take the stage at SISO’s annual CEO Summit in Las Vegas, she was transformed into a believer. “Our CEOs could not stop talking about how truly amazing the performance was. Personally speaking, immediately following hypnosis – I mean, within 10 seconds! — I solved a business challenge that had been puzzling me for three weeks. The residual effects were increased energy and focus.”

Whether you’re a skeptic or a believer, hypnosis is an innovative approach to spark employee creativity. Said Anna Bove, GMR of Marketing for Lowe’s, “Tom’s performance was better than we could have dreamed. He made multiple preliminary calls with us to make sure he could work our company messaging into his program seamlessly. He was the consummate professional on event day and made our group laugh so hard, they cried.”

Yes, a Tom DeLuca production will be remembered long after the curtain closes on the company event. By the mixing of education and entertainment, he has turned hypnosis into a functional art form and motivational tool.

Spring cleaning every small business owner should do—better late than never!
Distracted from the mission