The Golden Boy … and what he knows 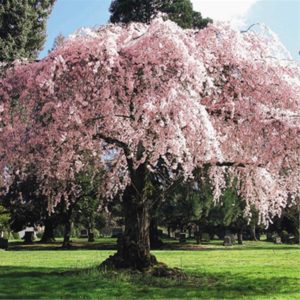 I met a very special child at a VFW-sponsored Memorial Day Celebration in a park, just after finishing a keynote Memorial Day address.

My speech traced all the U.S. military conflicts from the present-day, ongoing Iraqi War, in which my daughter served as a USAF police officer, back to World War II, in which my grandfather was blown up in a tank.

The blonde boy who approached me appeared to be around 11 years of age.

He said, by way of introduction, “In your speech, you said you didn’t have any place to go to honor your grandfather’s grave, but now you do. I made one for you.”

I followed him to the shade of a nearby weeping cherry just left of a pathway paved with bricks bearing the names of community members who served in the military. Sure enough, he’d fashioned a small memorial out of twigs and leaves on the ground. I wanted to hug the young man for his compassion and gesture, but I didn’t want to scare or embarrass him. I shook his hand instead, to dignify and solemnize his offering.

There is something very huggable about a child like that; a young adult who is already capable of agape love. It is the kind of compassionate concern that sparks true empathy for strangers, so that during their trials and crowning achievements, their pain or joy is truly shared.

His random act of kindness reminded me of a favorite quote by Edgar Watson Howe: “A boy doesn’t have to go to war to be a hero; he can say he doesn’t like pie when he sees there isn’t enough to go around.”

We talk a lot in business circles today about the value of visionary, gold-collar managers — those highly skilled knowledge workers traditionally classified as white collar who have recently become essential enough to warrant a new classification. We talk about how innate their logic is; how it can’t be taught or trained. We talk about how gold-collar workers stand out in any crowd, but then become nearly impossible to find when you have an opening.

I thought, walking away from that boy, that if I were an H.R. director, I’d try to foster in him a love for my industry, and to influence him to learn about my company. I’d try to recruit him as early as possible because this small boy already knows what great managers sometimes spend a career learning:

It is not enough to be able to identify a situation that needs improvement; true leadership means not walking on until you have done everything you can to rectify it.

The boy stepped out of the crowd with no emotional investment in my life and shared no responsibility for the sorrow I had expressed. Yet he felt compelled to respond because he could imagine a way to help, a possible solution.

And you know what? He did lift my spirits, and I actually was feeling pretty great before meeting him. This young man is still at the beginning of his life; if he continues to discern and answer that clarion call to offer what he can for the betterment of others, we all will be amazed to watch how those small, golden acts will add up over his lifetime.

One Response to The Golden Boy … and what he knows