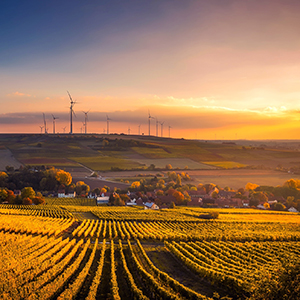 This month, we’ll check our sources for a closer peek at genetically modified organisms, both plant and insect, to see what scientists are conjuring up in labs in 2018.

Those pesty mosquitoes … and the company that breeds to kill. The Cayman Compass reports that the Cayman Islands is now rolling out a rebooted genetically modified (GM)  mosquito eradication program after chalking up mixed results the first time out last year. Oxitec is the company behind the science, as we’ve previously reported [GM mosquito releases in Brazil and Florida]. The approach involves the release of genetically modified male mosquitoes that carry a “self-limiting gene,” preventing offspring from surviving to adulthood. Researchers can track mating behavior to make sure the male is accepted by females via a fluorescent marker which is passed on to their baby “wigglers”. Three different sectors in West Bay will be tested with (1) traditional spraying methods; (2) some GMO mosquitoes plus spraying; or (3) lots of GM mosquitoes and spraying. At this time, experts arguing over the first trial’s efficacy now agree only that a combination approach is the best bet to control the spread of disease.

Irish eyes smiling at this result!  Science Alert reports the development of a biotech potato that requires 80-90% less pesticide management per crop yield. Scientists from Wageningen University & Research and Teagasc, the Irish authority on agriculture and food development, are testing the new “Desiree” potato as part of a new pest management approach. Potato blights have long been the scourge of Irish fields, sometimes requiring weekly pesticide sprayings. The latest experiments, using a process called cisgenesis to transfer genes, is showing great promise in Ireland and the Netherlands.

Pigs being raised to donate organs to humans. Nature reports that scientists have managed to set a record by modifying 60 genes in pigs, the most yet for any single organism, toward creating a genetically altered pig whose organs would not be rejected by human recipients. Egenesis is in the forefront of ongoing experimentation, with a lab procured at Harvard to further Xenotransplantation, the use of animal organs for human transplant.

Good gluten? People with the autoimmune condition coeliac disease (about 10% of us) can’t properly process glutens (wheat proteins that chain during baking). As a result, the gut lining is compromised, which could lead to a host of severe outcomes. New Scientist reports that Francisco Barro’s team at the Institute for Sustainable Agriculture in Cordoba, Spain has managed to knock out about 35 of the 45 genes in the culprit gliadin protein responsible for the problem. The resultant GM wheat already can make passable bread, so stay tuned if you have gluten sensitivities; you may soon benefit from ongoing testing.

Climate instability and the search for water-saving plants. South Africa and Australia are extremely worried about maintaining critical water supplies due to climate change. That’s one reason why,  ABC Science says, a tobacco field in Illinois that used 25% less water to grow sustainable tobacco plants shows huge promise. The University of Illinois -Urbana team’s ability to modify the expression of a protein that controls the plant’s stomata (and thus the absorption of CO2 and release of oxygen and water) has been heralded as significant since the GM process used might be replicated in a host of other plants grown throughout the world.

Looking for a source to keep you informed of biotech trends? Consider subscribing to BIO Smartbrief.