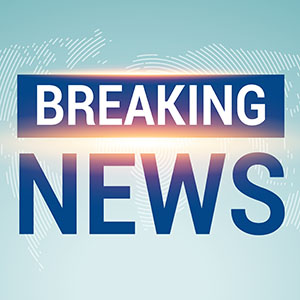 Online shopping has been a lifeline for many people hunkering down to help reduce the spread of COVID-19. But as online orders have increased, so too have reports to the FTC’s Consumer Sentinel Network about sellers failing to deliver on promises — or just failing to deliver, period. During April and May of 2020, more people reported problems with online shopping than in any other months on record. More than half said they never got the items they ordered.1

With COVID-19, scammers quickly launched opportunistic websites. People reported online shops claiming to sell the things they desperately needed but could not get. By the week of April 5, reports of unreceived merchandise were almost on par with previous peak numbers from the December 2019 holiday shopping season.2 In the following weeks, as people scoured the internet for scarce items, reports of unreceived orders continued to climb. Reports in May were nearly double the December 2019 numbers.3 Of course, many sellers have had legitimate supply chain problems, but these reports are about no-show orders, not just shipping delays.

People reported unreceived orders of facemasks in April and May far more often than any other item, and undelivered sanitizer, toilet paper, thermometers, and gloves were also reported.4 But that’s not the whole story. Reports show that scammers shirked their promises to shoppers on everything from clothes to electronics – and even puppies, which people had bought online. Scammers often used pandemic-related pretexts for supposed shipping delays, sometimes – in the puppy scam – even charging extra fees for COVID-related “regulations.” Then they just stopped responding. This stalled people who might otherwise have posted negative reviews.

Reports show that scammers have honed their ability to put up remarkably polished looking websites in recent years. They’ve learned to work social media and online advertising to their advantage, and to peel off negative reviews by simply disappearing and popping back up under a new name. This is a global problem, since the web gives scammers cheap access to consumers worldwide.5 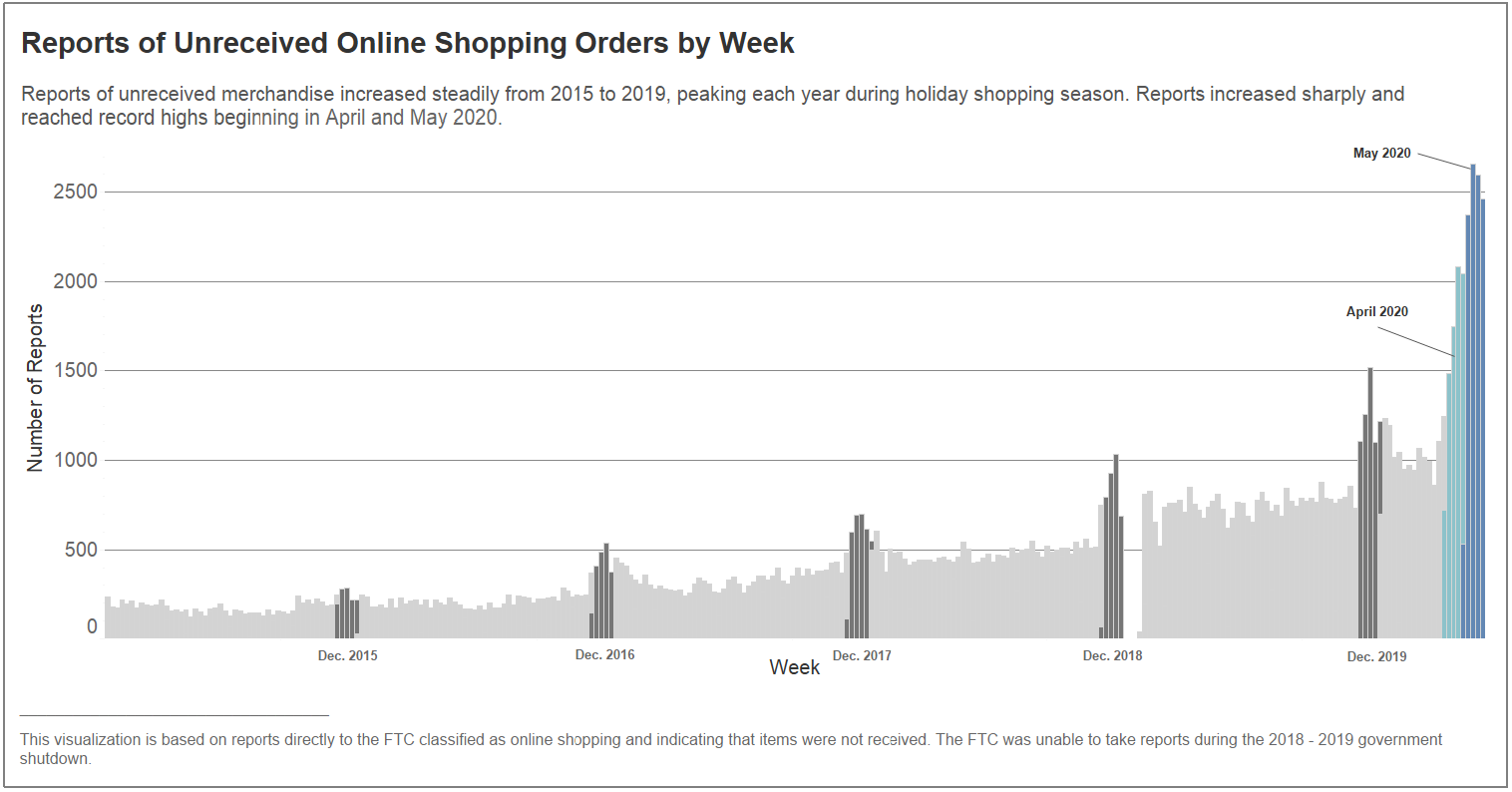 While pandemic purchases have fueled record numbers, reports about online shopping were common even before the pandemic. People reported losing nearly $420 million dollars since 2015,6 and the numbers have been on the rise for years. The FTC took in more than 86,000 online shopping reports in 2019, which is a 38% increase over 2018, and the largest annual increase in recent years.7 Most troubling is the rise in the number of people who report that they simply did not get the items they ordered. That number increased more than fourfold from 2015 to 2019.8

There is some good news. Credit cards are the top way people reported paying for their online shopping, including unreceived orders. What’s good about this is that people can dispute credit card charges if they don’t get what they paid for.

Here are some tips to avoid being left empty-handed when you shop online:

To learn more about Coronavirus-related scams, visit ftc.gov/coronavirus/scams. For more about online shopping, including how to dispute credit card charges, go to ftc.gov/onlineshopping. And if you spot a scam, report it to the FTC at ftc.gov/complaint.

3 This comparison is based on 5,487 online shopping reports about unreceived merchandise directly to the FTC in December 2019 and 10,827 such reports in May 2020.

4 This finding is based on keyword analysis of the narratives provided in online shopping reports directly to the FTC in April and May of 2020 indicating that items were not received. Of the 18,370 such reports, 1,328 mentioned facemasks.

5 Online shopping is the top category reported to econsumer.gov, a partnership of more than 35 consumer protection agencies around the world. Many of these reports are from consumers located outside the United States. Consumers filed 56,040 online reports with eConsumer from January 2015 through May 2020.

6 This figure is based on online shopping reports directly to the FTC from January 2015 through May 2020.

The psychology of getting what you want
Working at Home: Do it right