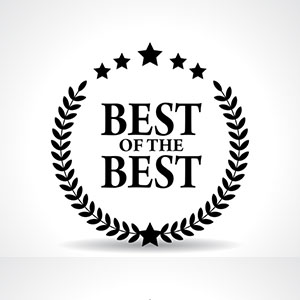 The Super Bowl is arguably the most important day of the year for advertisers. With 100 million Americans watching the big game, the Super Bowl is paramount. This year, a 30 second ad during the Super Bowl LIII costs advertisers $5.25 million. That amount of money means there is a lot of pressure on an ad to be memorable – especially today, when ads are sometimes talked about more than the game itself.

Advertisers may spend an entire year creating their Super Bowl ad or use their entire advertising budget on creating and buying the ad space. Brands announce new products, reveal new campaigns, and hope to increase sales with their 10 or 30 second spots.

Famous Super Bowl ads like Apple’s 1984 from the year 1984 can be hard to compete with, but many brands gave it their best for Super Bowl LIII. In case you missed them, or just want to see them again, here are the ads of the 2019 Super Bowl.

Serena Williams paired up with Bumble to promote female empowerment through the dating app which only allows women to make the first move in heterosexual matches within the app. You can listen to Serena’s inspiring words here.

Audi opted to run an ad without a celebrity, but instead with one man’s idea of heaven. While choking on a cashew, a man arrives in heaven where he sees his grandpa and a brand new Audi. To see this man’s slice of heaven, watch here.

Also promoting a new product, M&M’s plays on the all-too-familiar situation of a parent trying to quiet down their children in the backseat of the car.  The parent in this commercial is Christina Applegate and when she turns around to scold her kids, we see the loveable M&M’s characters with a chocolate bar connecting them. To see the new M&M’s product, click here.

Plenty of shows grabbed ad space to generate awareness of upcoming seasons including multiple programs like Survivor from CBS, the network that aired Super Bowl LIII. If you’re a fan of Hulu’s Handmaid’s Tale, then you appreciated the commercial that revealed a tease of the highly anticipated release date of season 3. Watch the trailer for the new season here.

Another notable advertisement came from Microsoft. The tech company highlighted their new adaptive Xbox controllers for gamers with disabilities. Microsoft shows the product being used by multiple kids with disabilities playing their favorite games overlapped with emotional testimonies from those kids’ parents. Watch the ad to be inspired by Microsoft’s work.