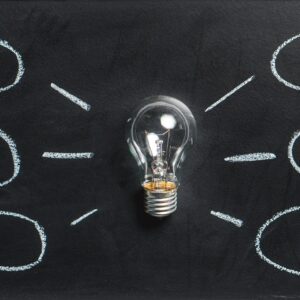 In 1983, President Ronald Reagan declared Feb. 11 as National Inventors’ Day. This date was chosen to honor Thomas Edison’s birthday—a man who earned over 1,000 patents in his lifetime.

Through inventions, humanity can look back and see our progress. We’ve come a long way since the introduction of the wheel in 4000 B.C., and sliced bread in 1928. Below are three inventions brought to the world by the TDS associates and their families! 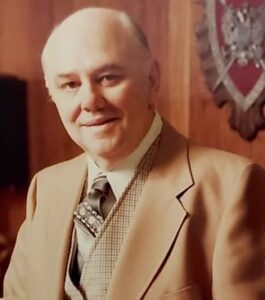 TDS associate Mark Ollig’s late father, John, was a man of many talents. In addition to being a Korean War veteran, for many years he owned and operated the Winsted Telephone Company, in Winsted, Minnesota. He also held three U.S. patents and helped invent the original pneumatic nail gun.

One day in the mid-1950’s, John Ollig and two fellow veterans—Marvin Hirsch and Reuben Miller—came up with the idea for a pneumatic nail gun tool at an American Legion meeting in Winsted.

Shortly after the idea was born, the three men got to work designing the product in John’s garage. First, they created several workable demonstration models. This came with the help of the product’s fourth inventor, James Westerholm, who operated the lumberyard in nearby Lester Prairie, Minnesota. With the models completed, the four men quickly obtained three patents for their product—the power nail driving tool and its multiple nail clip. From there, they sought to find investors and capital.

One day, while John and Marvin were out having lunch, they ran into Jack Kuehn—the president of Skippy’s Peanut Butter at the time. After gaining Kuehn’s interest, they went outside for a product demonstration, where their invention impressed him further. After the demonstration, Marvin and John followed Kuehn back to his office, where he cut them their first $5,000 check. Not long after, the men received their second $5,000. 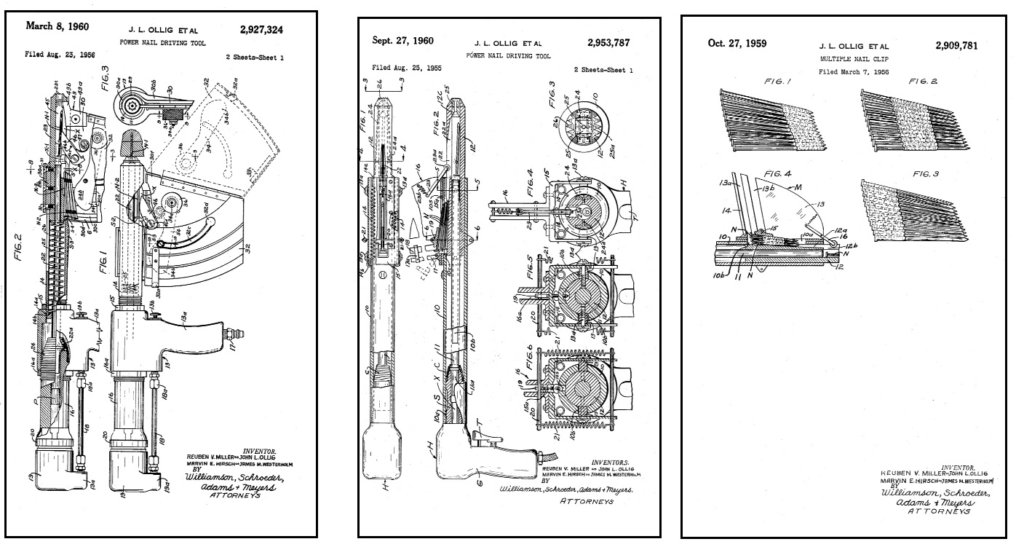 Momentum continued building when the duo set out to New York City to find investors or buyers for their invention. Once there, they got on a train to meet with the president of Independent Nail Company. When they arrived, their nail gun continued to impress. The company president offered John and Marvin $25,000 to keep the product for 30 days and study it further. Ultimately, they decided to not take the company up on its offer and returned home to Winsted.

After several more meetings with New York and Chicago investors, the group decided to bet on themselves and founded Port-A-Matic Tools in Grantsburg, Wisconsin. In Grantsburg, they met with a local banker who helped them find a production plant and gave them some money to get their business up and running.

While everything appeared to be heading in the right direction over the next few years, the business ran out of money and had to shut down production. In the end, the bank foreclosed the business and held an auction for the company’s equipment, including its patents. The patents were eventually purchased by a company named Bostitch, now an industry leader in pneumatic tools.

Despite the unfortunate ending for Port-A-Matic, the Ollig family still has a tremendous amount of pride for John and everything he was able to accomplish.

“Every time I see a roofer using a pneumatic nail gun, I always think of my dad and those young men, who had a dream, and got to live it for a while,” said Mark.

​​​​​​​For more information on the journey of John Ollig and Port-A-Matic Tools, check out this article from 2005, which was written based on interviews from Marvin and the Ollig family—including Mark. 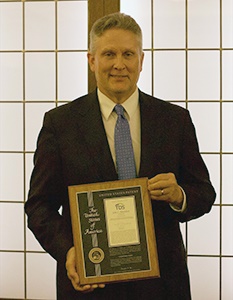 John Amundson has worked at TDS for 41 years and is an expert on our company’s network. In 2017, he used his expertise to optimize the method of connecting fiber to homes and businesses, which takes half the amount of time to install and is 25% cheaper than the current industry process.

John’s invention was so valuable that TDS had it officially patented—the first patent in TDS’ history. In fact, he’s now listed with four patents for the process. Not only has this saved significant time and money as we execute our fiber growth strategy, but it also provides revenue potential from royalties if TDS decides to license the invention to other companies.

John was presented with an official plaque from the U.S. Patent office at the award ceremony (pictured left).

TDS Contractor in Centre, Alabama, Rick Moore, also has an interesting patent to his name.

Over the years, Rick Moore has spent a great deal of time fixing aerial splice closures on telephone lines, which can take several hours—or days—to repair. The reason he spends so much time fixing these essential devices? Small animals like squirrels and birds like to climb inside the cable openings, chew up wires, and cause all sorts of damage.

“One day, I got to thinking of a way to prevent this common issue,” said Rick. “After building a couple of prototypes, I came up with the solution. Using a flexible metal plating, it attaches to the closure, and has little fingers on it. All you do is bend the fingers over the end and along the length of the cable. It has two parts, so it’s easy to undo the latches and access the closure when necessary.” 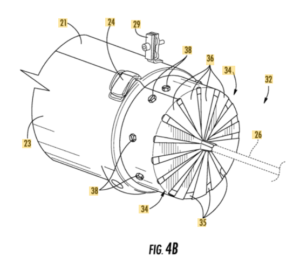