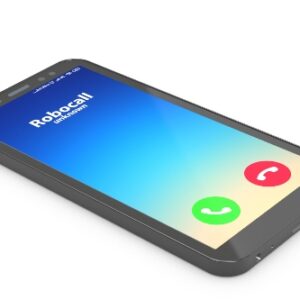 By Garrett Seymour on January 26, 2022 in Products

In recent years, what has been the No. 1 complaint by Americans to the Federal Communications Commission (FCC) regarding telephones?

If you answered spam calls, often in the form of “robocalls,” you’re correct! Robocalling is defined as automated calling used to deliver a prerecorded message, often for illegal purposes.

Back in January 2021, TDS announced plans to block robocalls intended for TDS customers in all markets. While this announcement came on the heels of a FCC order requiring free robocall blocking to Californians, TDS has had its eye on providing the free service to all of its customers for some time.

According to Phil, manager of Product Management at TDS, the FCC took a concerted effort to reduce spam calls and robocalls back in 2019 after a record number of robocalls hit U.S. phones that year.

“In 2019, TDS and other U.S. telephone carriers received a letter from the FCC asking what we were doing to combat spam calls,” said Phil. “That’s when we started looking around and asking what we could do to stop them.”

Not long after the letter from the FCC, Phil began spearheading a project to block robocalls intended for TDS customers. After a couple of years of hard work, the 2021 results have been nothing short of spectacular.

In total, TDS blocked nearly 24 million calls throughout the year. However, it’s the monthly trends that are the most encouraging.

The percentage of robocalls blocked by TDS reduced considerably throughout the past year. While over 16% of all incoming calls in June were blocked due to spamming properties, this number fell to under 2% in December. In terms of total calls blocked, this rounds out to 5 million robocalls blocked in June, compared to just over 500,000 in December.

“What this data tells us is all the hard work done by TDS and other North American carriers is driving away robocalling attempts as a whole,” said Phil. “Many spam callers have actually shifted away from targeting North American customers to others in different continents.”

This technology not only protects our customers from potential scammers, but it also improves the quality of our products.

“One of the biggest objections people have had regarding landlines is the fear that the majority of their landline calls would be spam calls,” said Phil. “This simply isn’t the case anymore. And unlike many of our competitors, we’re also thrilled to offer this service for free.”

Please take advantage of this outstanding technology and consider our home and business phone packages!

Ring in the new year with these TDS business phone plans!
Inventions with TDS ties