Disruptive or revolutionary — what’s the difference? 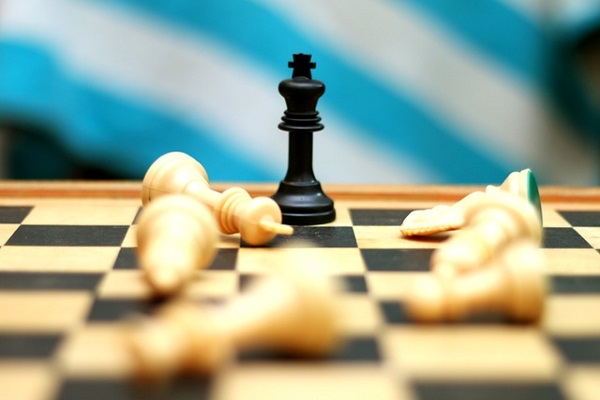 “Disruptive innovation”. That phrase causes marketers to swoon and CEO’s ears to twitch. A truly disruptive innovation is, after all, a game changer. By definition, it creates a new market and value network by displacing established industry leaders and alliances. An example often quoted is the introduction of the Ford Model T in 1908; while earlier automobiles were revolutionary, they didn’t authentically challenge the market for horse-drawn buggies because they were too expensive. Thirty years later, the mass-produced, lower priced Model T almost immediately generated mass demand, and Ford cornered 48 percent of the market by 1914. During that time span, buggies were barned and streets were built. Though not the first automobile introduced to America, that car was a disruptive innovation.

It’s vogue today to claim to be a disruptive market force, but many offerings are just a product flavor du jour. For example, a chef and a bartender claim to have “disrupted the cupcake industry” when they entered boozed cake concoctions into the marketplace. Their product adds variety but not necessarily replacement value. Just as bacon-flavored chocolate bars will never edge out Hershey bars, at best a booze cupcake product may carve out its own small slice in an already small flavor niche market. By claiming the mantle of “industry disrupters”, we expect c-h-a-n-g-e for our buck. Lots of change.

Compare that example to this one: Netflix changed our perception of the best way to “rent” movies and essentially kicked Blockbuster aside as it became a more convenient and less costly option for Blockbuster’s core customers. Had Netflix not met and then exceeded Blockbuster’s value, it would have remained a small niche player. A disruptive innovation tends to be produced by outsiders – that is, by new market or foothold market companies which, at first, may be little more than an irritant to industry leaders. They usually enter the marketplace at a higher risk ratio than competing products. Nonetheless, they eventually blast aside industry leaders with blunt force market penetration. That’s what makes them “disruptive” rather than just “revolutionary”.

Still, the distinction is not always clear. A significant product upgrade may quickly push a mainstream product into obsolescence. Certainly the small, enhanced-memory flash drive quickly pushed aside the more laborious practice of burning of CDs, which already had vanquished the saving of data on floppy disk drives. These small components changed the portability of our work and our entertainment channels; it effectively rocked our world. However, the flash drive was introduced in the U.S. market by IBM. It combined a number of older technologies with upgraded micro-processing capabilities, making flash more revolutionary than disruptive. It enhanced rather than replaced offerings by industry giants.

Drones are revolutionary in nature. If drones were interjected into the freight deliveries industry by a new player which managed to overtake UPS or FedEx market shares, we might proclaim drones to be a disruptive influence. However, Amazon and Google are too large to be a distraction, and their plans are well-publicized, so it’s unlikely we’ll see a repeat of Blockbuster’s shock-and-awe experience.

If you’re contemplating a David-and-Goliath market experience, experts advise that you approach disruption enterprise as a process rather than a product identity. Enter the market in an unobtrusive way and, if possible, offering lower pricing. First engage industry fringe customers who will try your product largely based on price or a free subscription model. Then, as quickly as possible, rise to the key player’s level with regard to service and performance. Then raise the bar again, emphasizing your unique delivery system, new business model, or revolutionary product innovation. If it’s more convenient or serves a higher purpose, you’re in. If it doesn’t, perhaps you can still win flavor du jour.