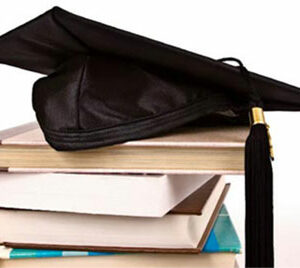 Would you benefit from an MBA degree? Recent research suggests the answer may depend on four criteria:

1) the initial cost of the degree;

3) your career goals; and

Cost. Considered the “end degree” for most business professionals, the Masters of Business Administration (MBA) carries an average total cost above $150,000. According to Poets & Quants 2016 ranking of 25 MBA programs by total cost, Stanford is number one at $210,838, with Chicago (Booth) at $193,208; UCLA (Anderson) at $170,982 and lowest ranked Indiana (Kelley) at $138,594. Tuition cost alone may not reflect mandatory electronic purchases and the expense of required overseas trips, let alone boarding and book expenses. Notes Investopedia, “It is conceivable that such ‘peripheral’ expenditures can lead to a total semester cost of twice the tuition.”

However, the traditional two-year MBA path is changing. One-year MBA degrees, offered online with no GMAT test required, are greatly leveling the cost playing field. According to new analysis by the Graduate Management Admission Council (GMAC), for the first time since 2012, less than half of the two-year MBA programs showed an increase in applicants in 2016, while 57% of the full-time one-year programs added more students. Competition may bring prices down if this trend continues, and flexible scheduling options may help with employment issues.

Gender. Studies suggest that graduates should expect to earn approximately $45,000 more per year post-degree, provided they aren’t yet making $100,000, they work for a company that values the degree, or they are willing to change employers. Likewise, a research study published in the Journal of Education for Business revealed that graduates from the top 50 schools recouped their investment within four years. However, according to Bloomberg’s 2015 poll of 12,733 MBA graduates now 6-8 years into their post-degree careers, the Gender Gap is very real. Men, on average, earned $175,000 after five years with their MBA degree, while women averaged only $140,000 – 80% of the men’s salary. The degree itself doesn’t demand a salary – individuals do. Much research is being done on the factors and biases that influence salary, but meanwhile women should be aware that the payoff estimates quoted in a college brochure may not be as valid for women as it might be for their male counterparts.

Goals. Is the advanced degree intrinsically worth it? A new poll by LinkedIn and Carrington Crisp market research firm says “probably” — if you have a specific goal in mind. Ninety percent of the MBA graduates who made a conscious decision to invest to jumpstart a career, to enter a new industry, or to make more money felt the new degree helped do just that and 73% reported feeling “very or extremely satisfied” with the degree’s impact.

Grit? What’s “grit” got to do with how happy you’d be with the decision to pursue an advanced degree — and how is that measured? The grit scale is a well-known and often used survey tool for psychological research. It’s a series of 10 easy questions formulated by Dr. Angela Duckworth (you can take the grit test here). Those LinkedIn responders with the highest “grit scores” seemingly were also the most satisfied with their decision to pay for an advanced degree, seeing it as an investment in themselves.

What do you want, and what is the best and most practical or achievable way to accomplish your goals? If an MBA would set you on the course you’re imagining, consider all your options, including employment opportunities with tuition reimbursement and federal grant opportunities, and then go for it – with all the grit you can muster!