What Boomers don’t get about Millennials … and vice-versa 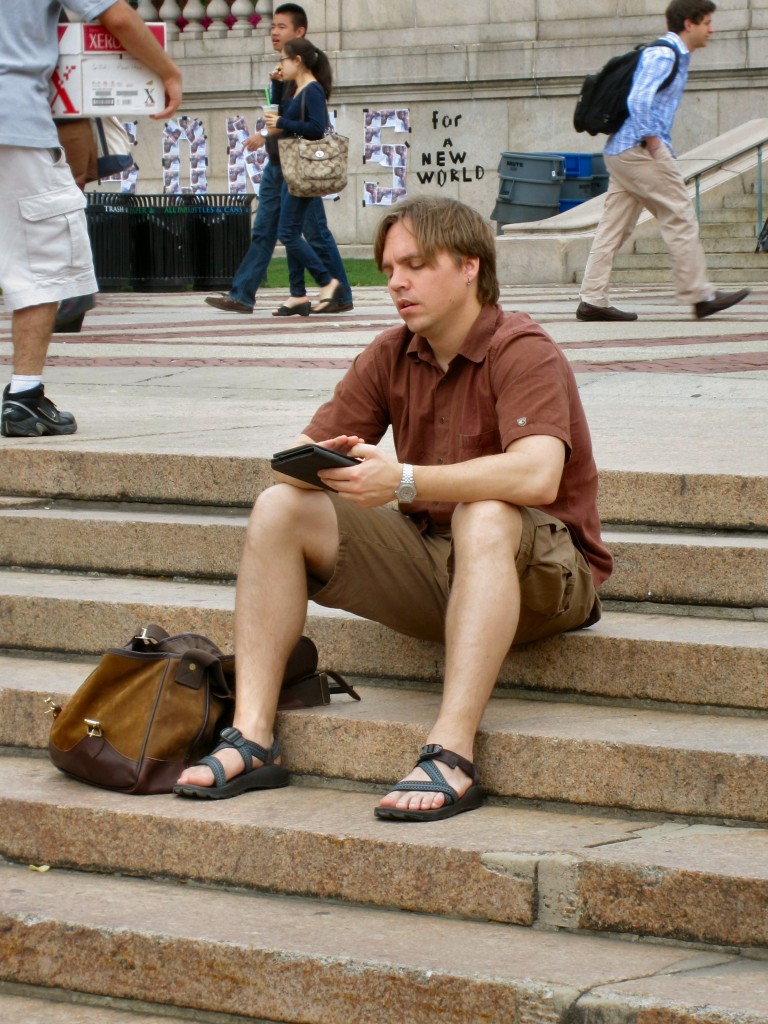 If Baby Boomers redefined America in the 1960s, the Millennials will get their chance in 2025, when they will comprise 75% of the workforce. Largely the offspring of Boomers, Millennials (born between the early 1980s to the early 2000s); today number about 80 million, and about 10,000 of them turn 21 every day in the U.S. Half are in the workforce already, reporting in some fashion or other to the 76 million Boomers still alive and kicking in America.

As a group, the Boomer generation was the wealthiest, most active and physically fit of any up to that time, and the most optimistic about the future, despite growing up during the Cold War. They earned, and many still earn, peak income levels. It was the first generation to have a self-defined identity, and in the 1960s, as the cohort grew into young adulthood, it created a very specific rhetoric about the change it was bringing about in America. Boomers collectively became the American rebel with causes, valuing personal freedoms above all else.

Wiki notes that Generation Y — the Millennial Generation — is also called the Boomerang Generation or Peter Pan Generation because of its trend (or financial need) to live with parents for longer periods of time than any other generation. “High housing prices, the rising cost of higher education, and the relative affluence of the older generation are among the factors driving the trend,” some say; however others ask if they aren’t defining a new life stage — “Emerging Adulthood”. A Brigham Young University study found that college students are more likely now to define “adult” based on personal abilities and characteristics rather than traditional “rite of passage” events. Is this a response to mistakes made by their parents? “In prior generations, you get married and you start a career immediately. Young people today [think] that approach has led to divorces, to people unhappy with their careers … The majority want to get married … to do it right the first time, the same thing with their careers.”

I recently did my own little social experiment. I asked four Boomer CEOs what they thought about the Millennials they interacted with at their companies, compared in general terms with their own cohort. While they applauded skill sets – Peter Pan’s expertise with technology and a collaborative approach to problem solving — the Boomers weren’t so positive about mindsets. “We expected to work our way up,” the CEOs quickly answered, “They have a sense of entitlement. They expect to immediately earn a lot of money, and to move up the ladder without paying their dues.”

Interesting side note: Those with adult children felt their offspring were different. “The economy has been tough on them,” they said, when I asked if they were fully “launched” yet. “Things aren’t exactly going to plan, but they are positioned to do well when they get the chance.”

The big chance — that’s what the Millennials I next queried said they most wanted. I invited them to respond honestly to a pervasive Boomer sentiment that they seemed to act as if they had a sense of entitlement. “That’s nonsense,” they replied, expressing it ever so much more colorfully, adding that it’s time for the Boomers to cash in their 401-Ks and stock options, and give recent college graduates – those more versed in technology and what the world needs today — a chance to fully contribute. “It didn’t cost you what it cost us in student loans to get an education. We don’t have time for political correctness. We can do the job and we expect to get paid for it, just like you” was their collective message.

They also aren’t fans of traditional office rules and hierarchies, so y[our] title or years on the job mean little to them. In fact, a recent MTV study revealed that 76% of Millennials think their boss could learn a lot from them… a fact they are comfortable expressing on Facebook. An intergenerational expert once explained this particular “generation gap” difference to me this way: “Boomers spent, on average, over four hours a day under the direct supervision of an adult after school – usually a stay-at-home mom. Generation Y spent, on average, 15 minutes a day in direct conversation or interaction with a significant adult, and in conversation with peers electronically for three hours or more a day. Truthfully, beyond their earliest years, this generation was largely raised by its peers.”

That is a sobering reflection and it puts a lot in a different light. How prepared are our adult children to step up — even armed with an expensive education and lessons learned from our foibles or absence? According to a recent survey conducted by TheStreet and GfK Roper Public Affairs & Corporate Communications, nearly 70% of Millennials report having no formal savings or private investment strategy for retirement (though 66% expect to retire fully by age 65). Why? They resoundingly cited Social Security as their retirement strategy. [Reality 101: Social Security will be an urban legend by the time you retire….]

Another 2013 study bears witness to the fact that giving Millennials employment chances can be expensive for CEOs who put an emphasis on investing in training and coaching programs. The average job tenure in the U.S. is 4.6 years, but Millennials are changing jobs, on average, every 2.3 years. Hopefully the nation will have come to terms with portable healthcare and Cobra and 401K rollovers by 2025.

Another schism: in the MTV poll, 70% of Millennials also said that they need “me time” on the job, a concept valued by only 39% of Baby Boomers, probably about 30% of whom don’t even know what “me time” is. The workplace will likely change markedly when the baton is officially passed.

But let’s pause to remember that Boomers gravitated toward motion and action – the very attributes that most annoy us when it comes to [other people’s] Emerging Adults in the workforce. We valued personal freedoms above all else, while our children worship authenticity and transparency. We wanted emancipation; they graduated during a recession shouldering the highest debt load of any emerging generation. We did, in fact, bring a country to its knees with our activism, and then patched it back together and have been squabbling over leadership ever since. We soon will leave it to them to build it back up.

Maybe value judgments like “better” or “worse” should be left by both Boomers and Millennials to future historians. Maybe now we can agree to disagree (respectfully) in today’s transitioning workplace, and find more places where we actually intersect. Maybe we can all admit that we’re in the juxtaposition of “different” and different is always, well, different. And that’s … uncomfortable… but maybe… ok.

Do you think Boomers and Millennials should agree to disagree? Leave your comments below or get in on the conversation by reaching out to us on Twitter or Facebook.

Have a topic you’d like Jody to consider? Email today!