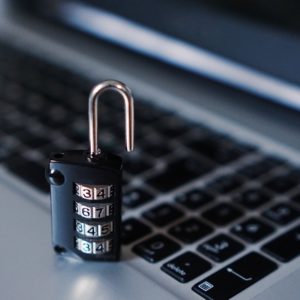 IT Security spending increases for 2017

By Guest Blogger on February 10, 2017 in IT Risk and Security

With 2017 well underway, many companies are re-working strategies, reallocating resources, and incorporating decisions that have been made for the year. If you work at a company, large or small, you know IT security is important. From choosing smart passwords to encrypted data, it all matters.

Every year a report is produced from an e-security company called Thales. The report consists of data and survey responses about expected IT security spending by organizations. The goal of the report is simple: To understand how much and where organizations allocate funds for keeping their security strong.

In the 2016 report, Thales confirmed IT security spending increased 58 percent. If you think that’s a lot, for 2017, spending has jumped up to 73 percent. As the number of threats increase, organizations are more willing to spend money to protect what’s important.

To gather the data, Thales conducts a survey of more than 1,100 IT security executives. They ask them about where they’re spending money and how concerned they are about threats. Of the 1,100 executives surveyed, 80 percent said they felt vulnerable to data threats. In addition, 68 percent had experienced a data breach.

The Thales report doesn’t stop there—they also crunch the numbers to find out how effectively money is being spent. The rate of security breaches is still increasing, and Thales wants to know why.

Garrett Bekker is the senior analyst of Information Security at 451 Research; he’s also the author of this Thales report. He claims, “Organizations keep spending on the same solutions that worked for them in the past but aren’t necessarily the most effective at stopping modern breaches. Data protection tactics need to evolve to match today’s threats. It stands to reason that if security strategies aren’t equally as dynamic in this fast-changing threat environment, the rate of breaches will continue to increase.”

You’ve heard it from the expert himself—new solutions are needed to meet the challenge of keeping your data and networks secure. To learn a bit more, check out this blog on the 5 Tactics to Improve Your Security in 2017.

Not sure where to start in securing your organization? Head over to OneNeck IT Solutions, a TDS company.