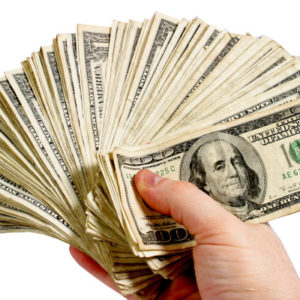 Although household income has risen in the United States, there are still 43.1 million individuals in poverty, according to the U.S. Census Bureau. What might we try to narrow the wage gaps?

Here are some new laws (and laws in the works) intended to address income or wage disparities and access to income:

U.S. Mandate for Paid Sick Leave. The U.S. will soon require its contractors to provide paid sick leave. Beginning January 1, 2017, the Obama Administration’s new rule requires that workers in assignments related to many federal contracts receive one hour of paid sick leave for every 30 hours they work (up to 56 hours of leave a year). The rule affects only contracts solicited by the government as of the new year. Employees will be able to use the days to receive medical attention, provide care for a relative, or deal with complications arising from domestic violence or sexual assault. Paid sick leave policies are currently spread across municipal, state and federal board tables, with more than 20 cities and states passing laws mandating paid sick leave. Many more are expected to follow suit.

California is first to mandate overtime for farmworkers. The law, signed into effect in September, is the first of its kind in the U.S. It guarantees farmworkers the same access and rights to overtime pay as other hourly workers, which means overtime pay after 8 hours or after working 40 hours in a single week. It will be phased in beginning in 2019 and most farm businesses will be held accountable by 2022. Leaders of the United Farm Workers of America sponsored the overtime bill.

California becomes 8th state to offer new Retirement Program. Also signed into law in September — a law creating a state retirement program for private-sector employees lacking access to retirement plans through their jobs. This auto-enroll/opt-out program should affect as many as 7 million workers through a payroll deduction mechanism. California became the eighth state to offer this type of program, with many states queuing up with similar proposals now.

No more salary-history questions? Watch for this: Congress is introducing a bill that would prevent employers from asking about the salary history of job candidates, following Massachusetts’ lead earlier this year. The bill is intended to help close the pay gap between people doing the same job.

Overtime law implementation was delayed. Expected to go into effect on Dec. 1, the Department of Labor’s overtime rule — which raise overtime eligibility from $23,660 to $47,747 salaries thresholds — faces legislation passed by the House which would delay implementation by six months. But that isn’t a done deal. In response, President Barack Obama has said he’ll veto any delay that passes through the Senate. This new rule initially will affect about 4.2 million workers. On the sidelines, 21 states have sued to challenge the Rule….

Meanwhile, according to Aon Hewitt’s annual U.S. Salary Increase Survey, increases in pay are expected to remain flat from 2016 to 2017 while bonuses will go up only 3 percent. The number of companies choosing to freeze salaries jumped from 6 percent to 10 percent last year as employers brace for even more upcoming wage challenges. On the employee side, Aon Hewitt reports that 44 percent of American workers are actively looking for a new job, and one of the main drivers of that job search is pay.