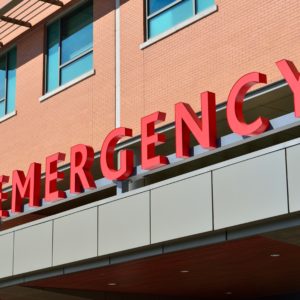 Paid Family and Medical Leave: For whom and at what cost?

The Pew Research Center released it’s 2017 study of the paid benefits that American workers want, and whom they think it should apply to, and whom they think should pay for it. While women still have an uphill fight for pay parity, men still face an ongoing battle when it comes to what we Americans think is equitable time off following the birth or adoption of a child. Noted the Pew Summary: “About eight-in-ten Americans (82%) say mothers should have paid maternity leave, while fewer (69%) support paid paternity leave. And those who favor paid maternity and paternity leave say mothers should receive considerably more time off than fathers (a median of 8.6 weeks off for mothers versus 4.3 weeks for fathers).”

The study concedes that there might be merit in our societal belief that women should be granted more time. While dads are stepping up in parental roles, childcare is still heavily skewed in the moms’ direction. According to Pew research, in 1965, married fathers living with their children spent about 2.5 hours a week on child care, a figure that rose to seven hours a week by 2015. In comparison, moms spent about 15 hours a week caring for their child in 2015.

In fact, Pew found that expectations of what a father could or should do seem to mirror this societal experience, shown by a bigger divide in attitudes based on age. “Women and young adults generally express more support for paid leave than do men and those ages 30 and older. For example, 82% of adults ages 18 to 29 say fathers should be able to take paid leave following the birth or adoption of their child, compared with 76% of those ages 30 to 49, 61% of those 50 to 64, and 55% of adults 65 and older.”

While most of us want paid leave, and most of us expect employers to foot the bill, it seems we are mindful of what that would mean for small businesses, but we tend to underestimate the fallout. When asked what the impact on small business employers would be, 57% of respondents admitted it would be “somewhat or very negative” while 65% believed that the overall impact on the American economy would be favorable.

A whopping 94% of Pew respondents felt that family leave is good for families. When confronted with four alternate government funding policies, 87% favored providing tax credits to any employer providing paid leave. The second choice, with an 84% approval rating, was the option of allowing workers to set aside monthly pretax contributions. 62% favored providing paid leave through payroll contributions from employers and employees. Likewise, adding new or higher taxes on wealthy people or corporations was favored by 60% of the respondents.

We all know that extending family medical leave is important and necessary, both for the U.S. economy and for the sanctity of the American family. The real challenge is getting more of what we want with the least fallout for those we most want to help.