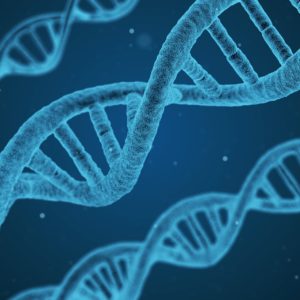 It’s time for our review of bio-tech news, and this month we’re literally all over the map in terms of promising (or at least interesting) breakthroughs:

Zika war in Florida: Remember when we told you about the release of genetically altered mosquitos in Brazil to fight the Zika virus, and we suggested the same experiment might be made in Florida in 2017? It’s happening! Male mosquitoes injected with the Wolbachia bacteria have been released on Stock Island in Florida. It’s a 12-week trial during which 20,000 male Aedes aegypti mosquitoes are expected to mate like crazy with females, but then comes the human payoff – the males were altered in such a way that the resulting female eggs will never hatch. The hope is to wipe out entire colonies of Zika-carrying insects.

Vaccine for oranges soon. Nearly 90% of Florida’s citrus groves are now infected with a “greening disease” that first appeared in 2005. Since the search for an immune tree has proven fruitless, the only practical way to treat the disease, Southern Garden Citrus scientists are developing a genetically-altered virus to deliver bacteria-killing spinach proteins. The hope is that the vaccine might meet all approval processes to be available as soon as 2019. Meanwhile, quarantines are being established in California for affected crops there, in an attempt to control the spread of Asian citrus psyllid, which spreads the disease. Despite chopping down thousands of trees and waging a pesticide war in Florida, growers were too late to save orchards.

45-foot tall corn? New Yorker Jason Karl, an experimental grower, created special greenhouse conditions in his corn lab in Costa Rica to achieve that height with his maize. He did it playing with light spectrums and mutations to increase internode growth. It may not have any actual practical application, since he had to support the stalk so it wouldn’t fall over and break.  However, Karl now holds the world record for growing the tallest corn, a dream of his since he was a teenager and during his studies at Cornell, where he researched advanced growing methods. His next dream: 55-foot tall cornstalks.

Scientists now studying dog ancestry. Heidi Parker, a dog geneticist at the US National Institutes of Health, and colleagues at colleges, assessed the genomes of 1,346 dogs across 161 breeds. They then used those findings to create an extensive “family tree”, outlining the canines’ evolutionary past. As reported in The Scientist, “The team’s analysis revealed that the 161 dog breeds fell into 23 genetically defined groups, or clades.” Why does it matter? Because canine and human societal histories lead to the desire for different dogs with different traits which were then bred into the canines. The more we learn about dogs, it seems, the more we learn about ourselves.

Faster U.S. drug approvals? The FDA is talking to the European Medicines Agency about possibly joining forces to accelerate medical drug evaluations. Both already are working to independently to push through highly promising drugs – the EMA has a priority medicines program and the FDA now has a breakthrough designation to accelerate the evaluative/approval process. Together, the two agencies might help coordinate a faster and more inclusive medical drug acceptance regardless of origin of discovery or manufacture.

To stay on top of emerging biotech, you might consider joining Bio, “a global community, encouraging investment in biotechnological innovation. We promote progressive thinking across the world. For leaders, policymakers, and industry professionals, the future of biotechnology starts here.”

Paid Family and Medical Leave: For whom and at what cost?
And the surveys say … What’s trending in business research