Phones for a penny. Yes, a penny!

By Barclay Pollak on December 3, 2012 in Products 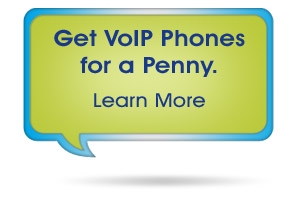 It’s almost the end of the year. Is your budget depleted? If so, now is the perfect time to switch to TDS managedIP Hosted. Why? You’ll start off the New Year with a brand new, state-of-the-art phone system. It’s a system that requires no up-front capital spending. Plus there’s no maintenance or upgrade fees (TDS cares for it all). And, best of all, you’ll get Polycom VVX touch screen phone for a penny each.*

When your employees return to work in the New Year, they’ll be using a technology that makes them more productive! They will be freed up from their desks. They will no longer have to check multiple voice mail boxes. And, they will be able to control when and where they answer all calls, whether they are in or out of the office.

Just ask Ray Nowicky, president of Autoworks in Knoxville, Tenn. Since switching to TDS managedIP Hosted, Nowicky says, “Call volume has increased and customer service has improved. Messaging is a big part in this business, so you don’t lose the customer. Today we don’t have those problems; we get all the calls we need to. The voice quality is a lot better than what we had before. When I heard it for the first time I was very surprised at the quality!”

Want to hear what else Nowicky (and other customers) have to say about TDS managedIP Hosted? After you watch their videos, check out the details on getting your phones for a penny. Sign up today and get ready for 2013.

*Offer valid for new managedIP Hosted customers only who sign a 60-month managedIP contract December 1-31, 2012. Offer subject to the terms and conditions as outlined in the TDS services agreements & addendums. Not all sales will qualify for one cent promotion. The promotion is not available in all service areas. Talk to your TDS representative for more details.

Leggings are not pants
Doing good is good for business