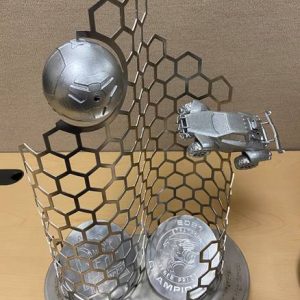 The growth of Esports and how it impacts TDS

Today is National Video Game Day—a day to dust off old game cases, cartridges, and consoles and enjoy the nostalgia that is video games. While many view video games as a popular leisure activity, the competitive gaming industry’s rise in popularity over the last few decades is hard to ignore.

Esports (also called “electronic sports”) is where skilled video gamers play competitive games at a professional level. With viewership and revenue growing, Esports is starting to compete with traditional sports.

While Esports has only recently become a household term, it’s been around far longer. The earliest known video game competition took place in 1972 at Stanford University, when students gathered in the university’s artificial intelligence lab and played each other in “Spacewar!” The winner won a year-long subscription to Rolling Stone magazine.

The first Esports competition dates back to 1980 in New York when Atari held the Space Invaders Championship, an in-person video game competition. The event attracted 10,000 participants across the country and established competitive gaming as a mainstream hobby.

In the 1990s, video game companies began unleashing the newfound capabilities of the internet. In 1993, Wired Magazine credited “Netrek” as the first online game, which allowed players to compete against each other from different locations. As the popularity of online PC games continued to soar, companies like Nintendo and Blockbuster began sponsoring Esports competitions. In 1997, the first gaming league, the Cyberathlete Professional League (CPL), was formed and led to a rise in tournament prizes, including a $15,000 award for a 1988 tournament. 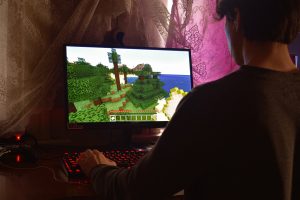 Today, video game fanatics across the world view competitions from the comfort of the home via online media platforms like Twitch.tv, YouTube Gaming, and most recently, Facebook Gaming. Between 2018 and 2019 there was a 12.3% increase in viewership, making the total audience over 443 million streamers. By 2020, there were almost half a billion Esports followers, and the audience is expected to surpass 646 million by 2023. Viewers are also spending more time watching Esports with a 92% increase in total hours watched from 2019 to 2020.

There’s also a lot more money in gaming today. The typical professional streamer makes between $3,000 to 5,000 per month by playing 40 hours a week, and average streamers usually make about $250 in advertising revenue per 100 Twitch subscribers, or $3.50 per 1,000 views. Perhaps the most popular streamer in the world, 30-year-old Detroit Native, Tyler Blevins (known in gaming circles as “Ninja”) has nearly 17 million Twitch followers and a net worth of $25 million.

So how does this rise in streaming and Esports relate to TDS? According to Brandon, a manager of Product Management at TDS, it’s something his team is monitoring.

“It will be interesting to see how these newer game-streaming services continue to progress,” said Brandon. “While most traditional console and PC gaming is rendered locally on the device, game-streaming services like Google Stadia, GeForce Now, and Amazon Luna are rendered on servers and streamed to the user. So, these services have the potential to drive large volumes of network traffic. The same is true for live-streaming apps like Twitch.” 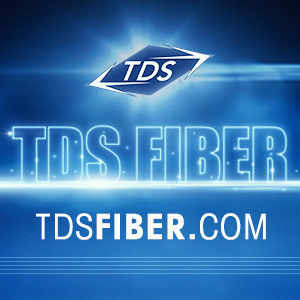 The broadband demands of gaming and online streaming leave gamers and streamers seeking reliable internet. Luckily, TDS Fiber answers the bell. Gamers depend on the lowest latency (or “lag”) possible during gameplay, and the 1 Gbps upload and download speeds ensure fluid and dependable gameplay. Additionally, the increased bandwidth with fiber extends the possibilities for gamers and streamers, even during peak usage times.

TDS has recently began showing support for the growing Esports and video game community in its service areas. In September 2020, TDS became the primary sponsor for Northcentral Technical College’s Esports team, the NTC Timberwolves (Wausau, Wisconsin). TDS has supported NTC’s program in several ways, including covering tournament costs and contributing roughly $12,000 to the program each year. Another contribution to the community has been the company’s commitment to 12 different $1,000 scholarships for Esports student athletes. 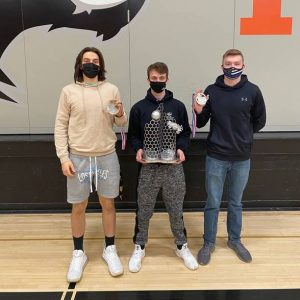 What is symmetrical internet and how does it impact you?
TDS named Best Place to Work for Disability Inclusion