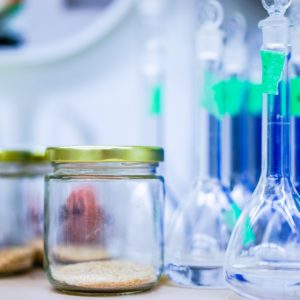 Biotech: What’s happening and what it could mean

Biotech is one of the more dynamic industries we follow. Here is a sampling of recent scientific journal headlines. Imagine what they might mean for related businesses, spin-off opportunities, and how they might affect basic survival odds for millions of people.

Could we potentially end world hunger in our lifetime? Japanese scientists are developing ripen-on-demand rice. By spraying rice plants with a specific fungicide, researchers hope to “turn on” the “ripen switch”, controlling when the plants move from gestation to the harvest stage. A positive result could potentially help offset weather-related crop failures for rice and other food sources. In related news, scientists from Stanford University and the Carnegie Institution for Science are working to develop drought-resistant wheat. The researchers identified a gene that encodes a regulatory protein that turns other genes on and off. Likewise, a research team at Cape Town University is working to create drought-resistant maize. In theory, genetically altered “resurrection plants” – plants capable of drying up during dry periods and then refreshing after rain — would work for any drought-threatened crop. Meanwhile, Uganda president Yoweri Museveni is pushing for Parliamentary passage of Biotechnology and Biosafety Bill 2012, which would allow his country’s farmers to grow GMO crops. He has said he believes this approval, backed by more modern cultivation methods, could end hunger there.

Countries partner to combat drug-resistant infections. Growing concern about “Superbugs” — bacteria able to survive existing drug treatments — is reaching crisis proportions. Health experts warn that within a generation, the resulting death toll could reach 10 billion. Given that backdrop, 11 biotech research companies are splitting $48 million awarded by CARB-X, a new US/UK partnership created to target and kill drug-resistant bacteria and to develop new antibiotic treatments. That’s just the tip of the funding iceberg: Britain’s Welcome Trust, for example, will invest $155 million over the next five years.

“Right to Try” laws have passed in 33 states for terminally ill patients – but are the laws effective? The legislation allows for experimental drug use outside of a clinical trial and without FDA supervision, so long as the drug has met initial safety reviews and the recipient patients have not responded to traditional therapies. While proponents point to lengthy FDA approval processes in the US, others say the “smoke-and-mirrors legislation” actually offers little hope to dying patients because of scarcity of the drugs and lack of funding. In response, advocates are lobbying to push drug companies to release their drugs pre-trial and to influence insurance companies to pay for experimental treatments.

A vaccine for heroin addiction? Goodwin Biotech (Florida) and Minneapolis Medical Research Foundation are collaborating to develop a vaccine for the therapeutic treatment of opioid addiction. The research is funded by the National Institute on Drug Abuse, which offered a three-year grant; the recipients expect vaccine development to take two to three years to complete. If successful, it could change treatment protocols for heroin, cocaine, and perhaps even methamphetamine additions.

Interested in biotech opportunities? The Biotechnology Innovation Organization (BIO) is hosting its (free) BIO Talent Connect on June 22 at the San Diego Convention Center. It matches 16,000 global biotech companies with those seeking job opportunities or professional-development resources. BIO Talent Connect registrants also receive an Exhibition registration badge to access the BIO International Convention Exhibitions and company presentations all day June 20-22.  Here’s how to register. BIO also announced that registration and lodging are now open for the 2017 World Congress on Industrial Biotechnology. The conference will be held July 23-26, 2017, at the Palais des congres de Montreal in Montreal. Register here.